During the month of April, MdM’s interventions in Thessaloniki were intensified in order to support the population living on the street or in precarious housing conditions. More specifically, interventions are performed with a fully equipped mobile medical unit, which is staffed by health and psychosocial professionals, on a weekly basis and at a predetermined time. The interventions involve a general practitioner and a general surgeon and the target group is the homeless population or people living in precarious housing conditions as well as users of psychoactive substances.

Also, every ten days and in collaboration with the Greek Organization Against Drugs (OKANA), medical interventions are carried out in the distribution “markets” of psychoactive substances, in which the main goal is harm reduction, the surgical assessment and treatment of wounds and medical consultation. In March and April, more than 40 people from the aforementioned vulnerable social groups were supported, highlighting the importance of continuing and intensifying such interventions.

The Medical Mobile Unit operates within the framework of the Social Polyclinic of Thessaloniki, carrying out on-site interventions in the city centre, in places where the population in need of medical and psychosocial care is gathering. In addition, it provides appropriate information to the homeless population about the available services and their rights, and takes care of its connection with other services provided by MdM in the area.

The project entitled “Strengthening and improving the services provided by the Social Polyclinic of Doctors of the World in Thessaloniki”, with code 5041784, is implemented under the Operational Programme Central Macedonia 2014 – 2020, with funding from Greece and the European Union. 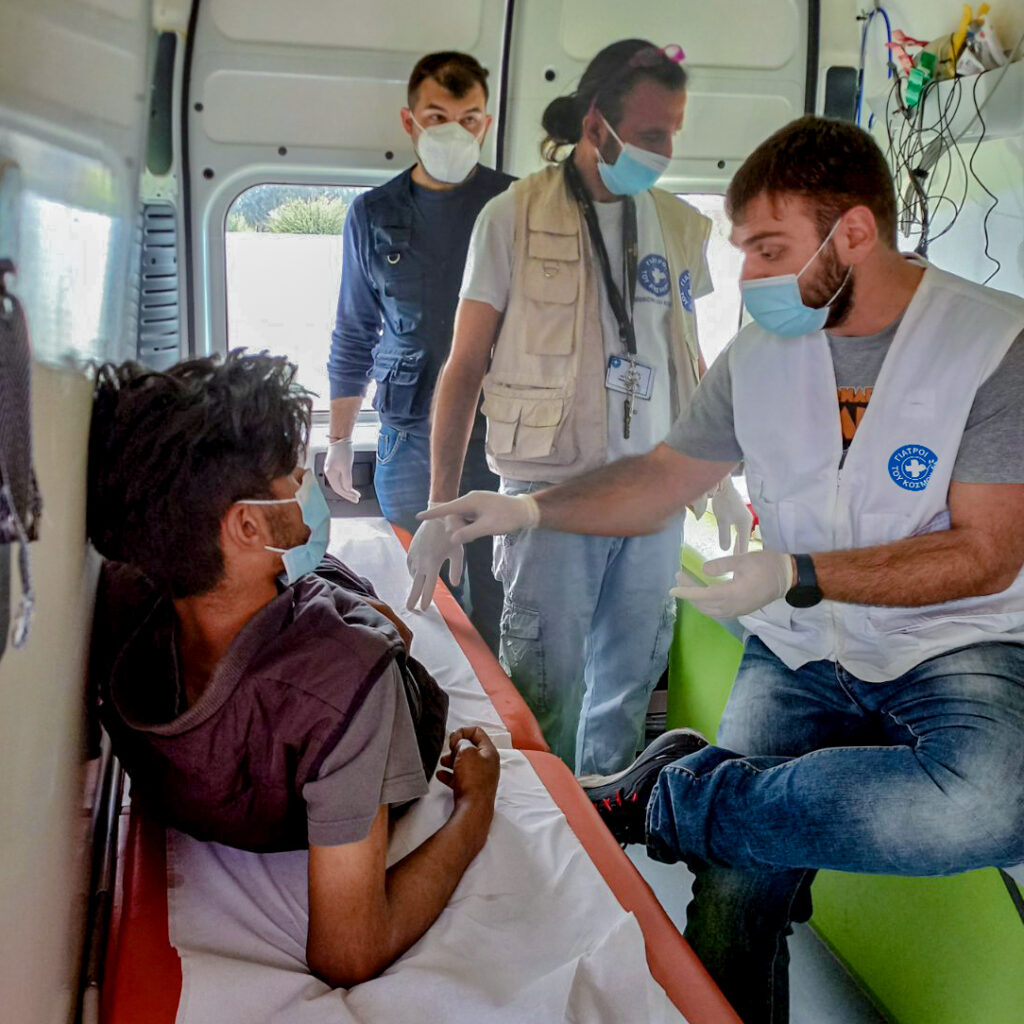