Often enough, I ask myself how we, as citizens, aim for an inclusive and integrated functioning of democratic institutions without always taking for granted the practical participation of civil society actors in institutional consultations. Of this space of participatory expression, which encompasses all those organized initiatives, actions and structures that mediate between public authorities and citizens with the main aim of serving the collective interest.

By their very nature, Civil Society Organizations provide an opportunity for the active participation of all citizens in solving problems affecting society as a whole. In this way, democratic dialogue between society and the official authorities of the State or other intergovernmental bodies is promoted, while at the same time multiple spaces for discussion, interaction and synergies are generated for the formulation and implementation of ultimately realistic and progressive policy proposals for the common good.

Moreover, the operation of Civil Society in the broader context of the multifaceted European integration aims to cover any democratic deficits of the Union, its Member States and its Partner States and to instil the spirit of participation in social life among European Citizens.

Therefore, the importance of cooperation in the ecosystem of civil society organisations has multiple benefits both in terms of democratic functioning and in terms of development, solidarity and widening participation among citizens, communities and organisations in the public sphere, strengthening their voice in advocacy and claiming for social change, essentially giving meaning to the term “Active Citizen” in an open society.

Civil society networks, whether they take the form of a platform, an association or a federation, can be said to constitute an autonomous field of action vis-à-vis the state and family – private life, while it is extremely important that the participation of organizations and their members in them must be characterized by their purely selfless, impartial and voluntary social contribution.

At the end of the 2010s in Greece we were confronted with the targeting, denigration and vilification of Greek NGOs by a part of the political and journalistic world, with sometimes weighty generalized – but unsubstantiated – accusations against all organizations for irrational operation and unsound financial management, which cost the credibility and reputation of the organizations in the eyes of the Greeks and subsequently the marginalization of the role of Civil Society in the public debate.

At the same time, national institutional funding was reduced due to the country’s troubled financial situation, any tax relief to donors was discontinued and the operation of the funding programs of the International Development and Cooperation Agency of the Ministry of Foreign Affairs was suspended, which prompted most of the organizations to lose forces and resources but also to programmatic reconfiguration and rethinking, search for multilateral partnerships and alternative forms of funding, support and expand cooperation with business groups through CSR and, finally, to the agonistic safeguarding of operational sustainability without the contribution of the institutional responsibility of the state.

Despite any stigmatization of NGOs, the expression of social solidarity and support for vulnerable people during the years of the economic and refugee crisis by these organizations has been remarkable and no one can doubt the selfless initiative of national NGOs and the partnerships that have been developed from 2010 until today to respond to the needs of Greek society and vulnerable people and populations.

Today, a decade after the beginning of the Greek “great depression”, we are faced with unprecedented facts that test the endurance of all citizens as well as the limits of democratic institutions. The Covid19 pandemic has come with a vengeance to remind us that all those systemic weaknesses that have plagued us for decades as citizens and as a country are still here and continue to contribute unhindered to the widening of social inequalities.

The next day must find us united in the effort to restore the Greek society and economy to normality. The concept of cooperation is of paramount importance and for this reason we should already be preparing the appropriate ground, a common place of understanding and coordination, where organizations can cooperate impartially and unbiasedly with a view to social recovery and progress.

Médecins du Monde believes that the representatives of Civil Society must be based on law, democratic principles and the promotion of respect for privacy, freedom of expression, freedom of association and what must be understood by those who target and stigmatize the initiatives and the active and healthy cells of Civil Society that despite its independence from the state, Civil Society organizations are by no means a lawless space; on the contrary, NGOs have been further consolidated by Civil Society’s efforts to ensure a strong ‘non-governmental’ guarantee of social cohesion and individual rights, individual freedom and equal opportunities for all.

There is always a second bright road and the organizations are here to open it together and walk it, giving access to all those who seek a clearing to protect and secure their basic rights. 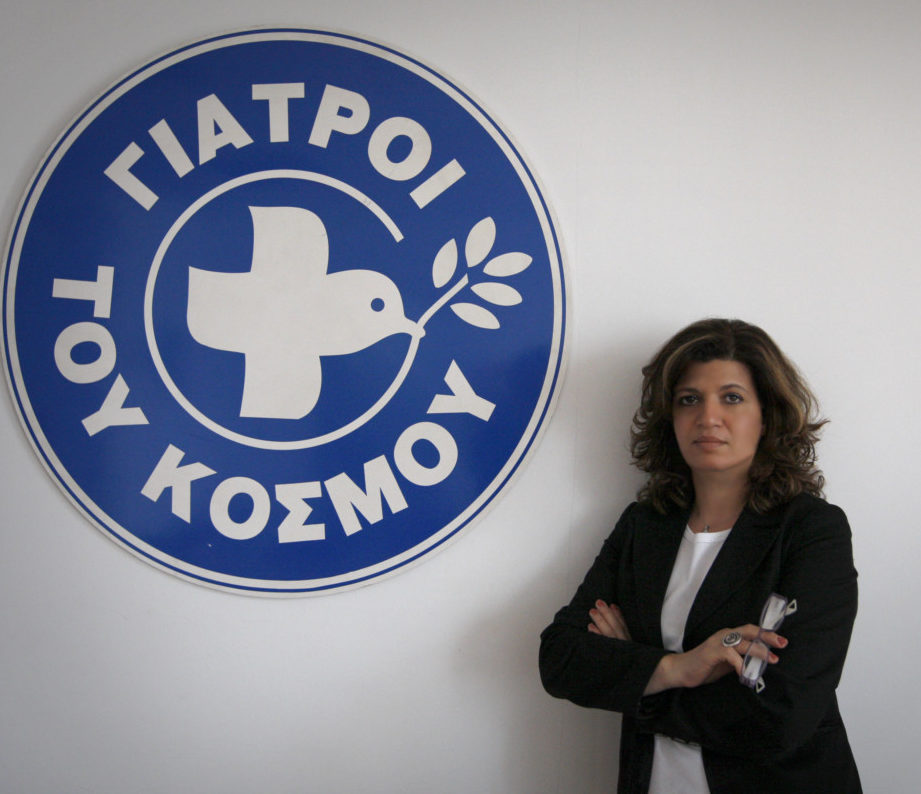