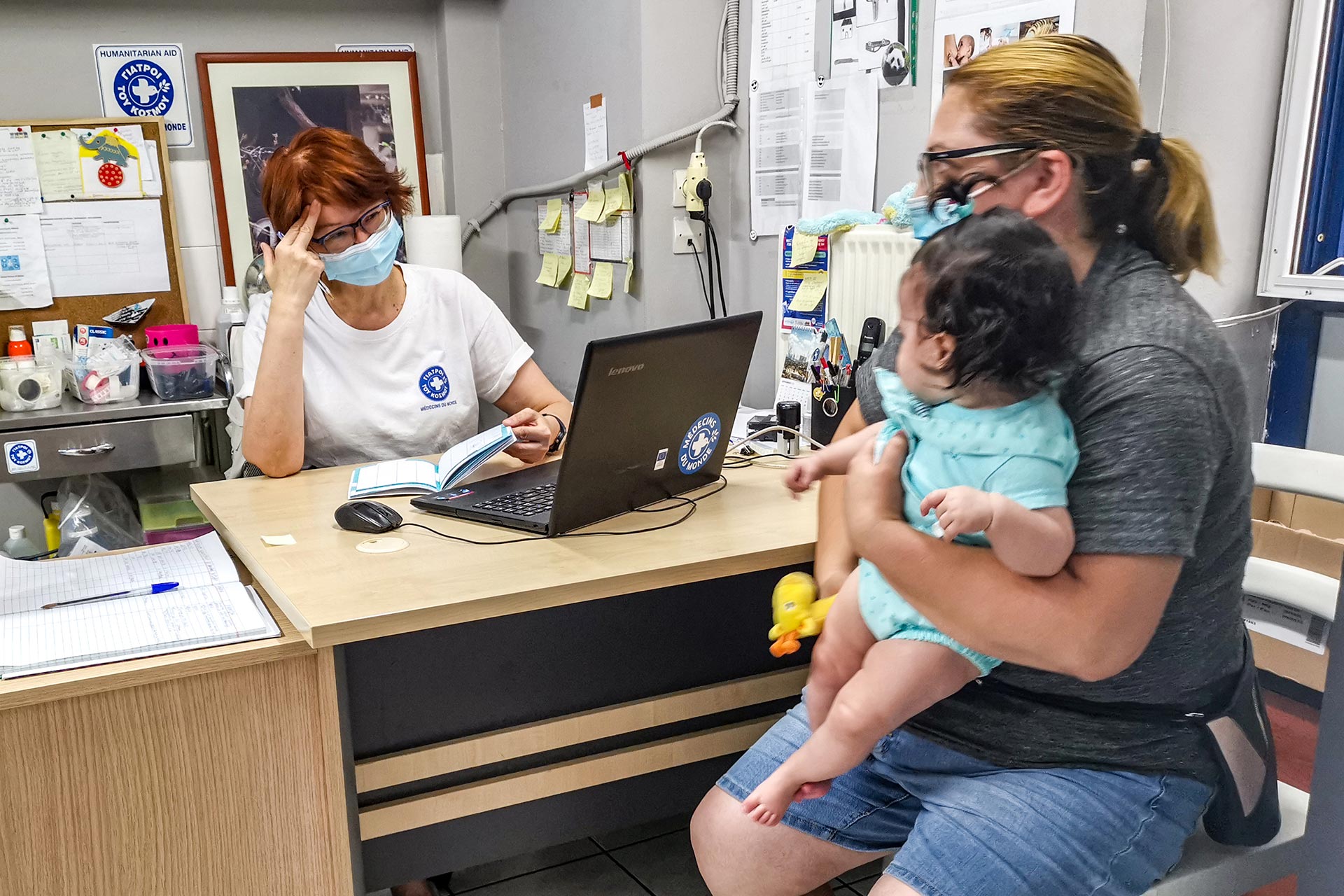 S. was waiting in the corridor of the MdM Polyclinic for her appointment, while her young daughter, just one year old, was sleeping in her arms. The mother and young daughter came to Greece shortly after the start of hostilities in Ukraine, leaving her husband and eldest son behind.

Upon arriving in Greece, she was hosted by a friendly family who had come to Greece in 2014, after the crisis in Crimea. They had all experienced the devastating effects of the war and the immense difficulty of leaving their country in search of safety in a foreign land. 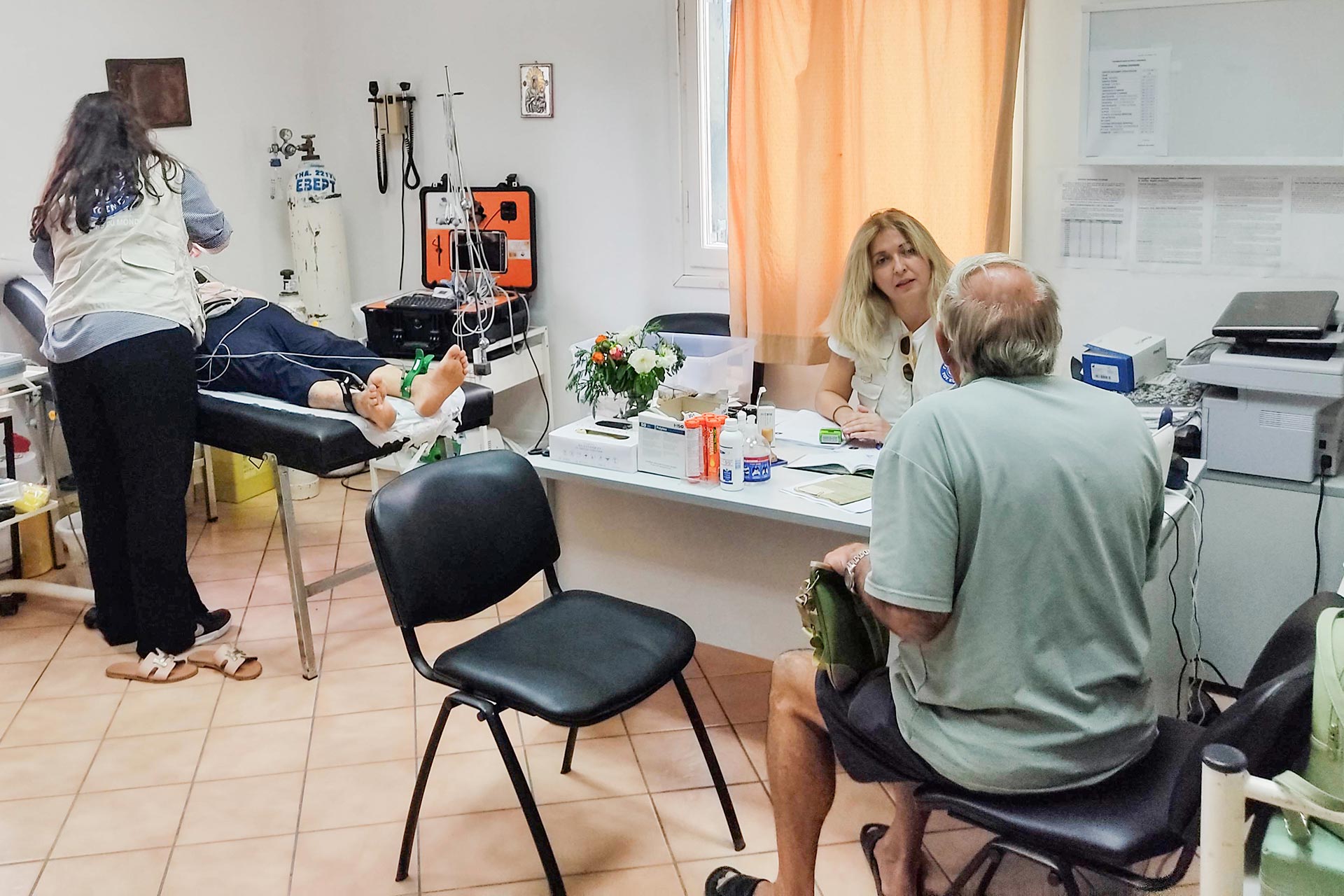 MdM at the Diapontia Islands

A ten-member team of MdM, consisting of experienced medical and nursing staff (Pathologist, Gerontologist, Pulmonologist, Midwife, Neurologist and Medical Assistant), visited the Diapontia Islands with the Medical Mobile Unit, from the 17th to the 19th of September. 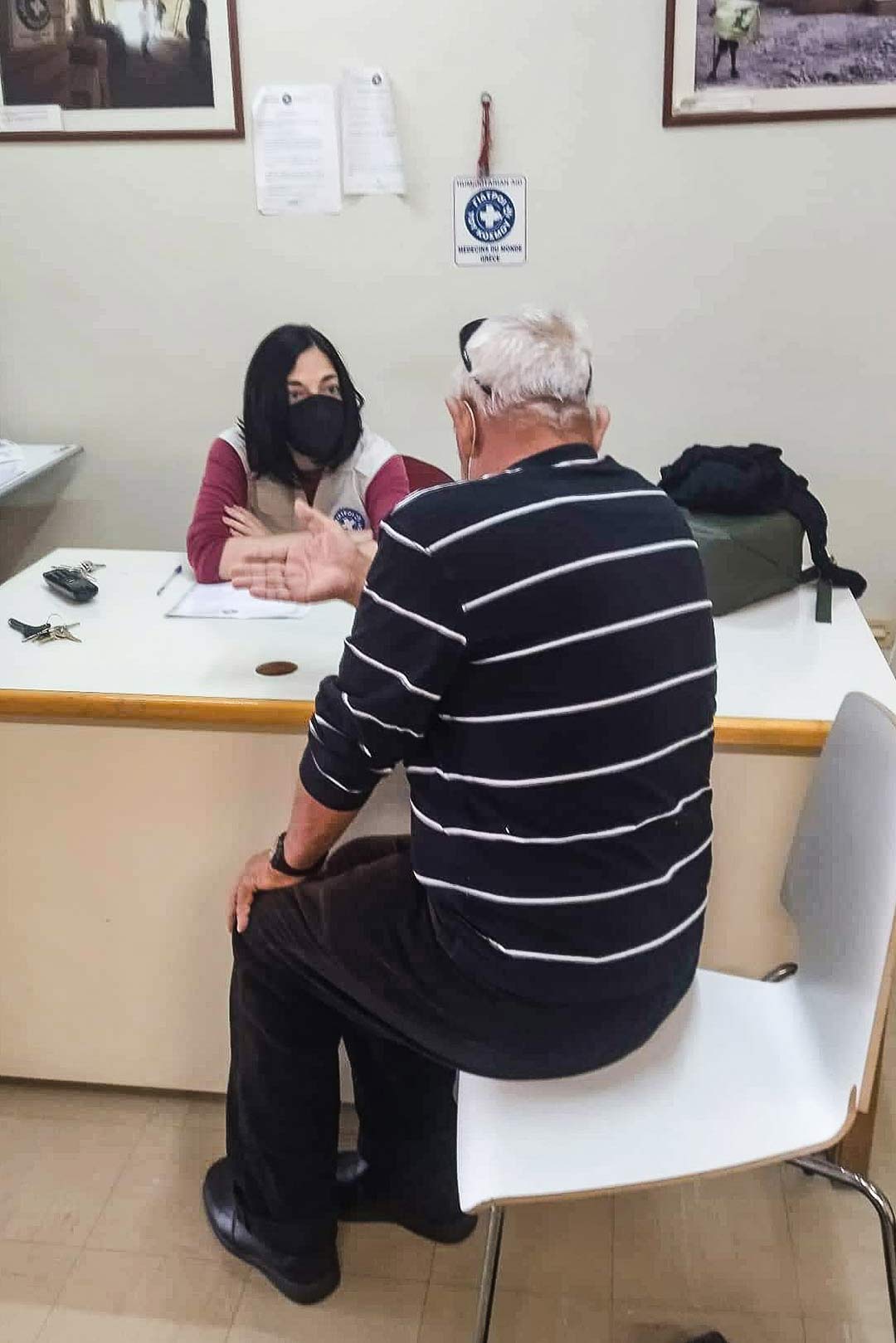 NIGHT SHELETER FOR THE HOMELESS

68-year-old B. came to Greece from Bulgaria a few years ago, seeking better living conditions, as his financial situation imposed a very difficult life on him. He lived and worked for a long time in a rural area of Macedonia, until 2021, when, unable to cope with the difficulties of labour due to his age, he found himself unemployed. 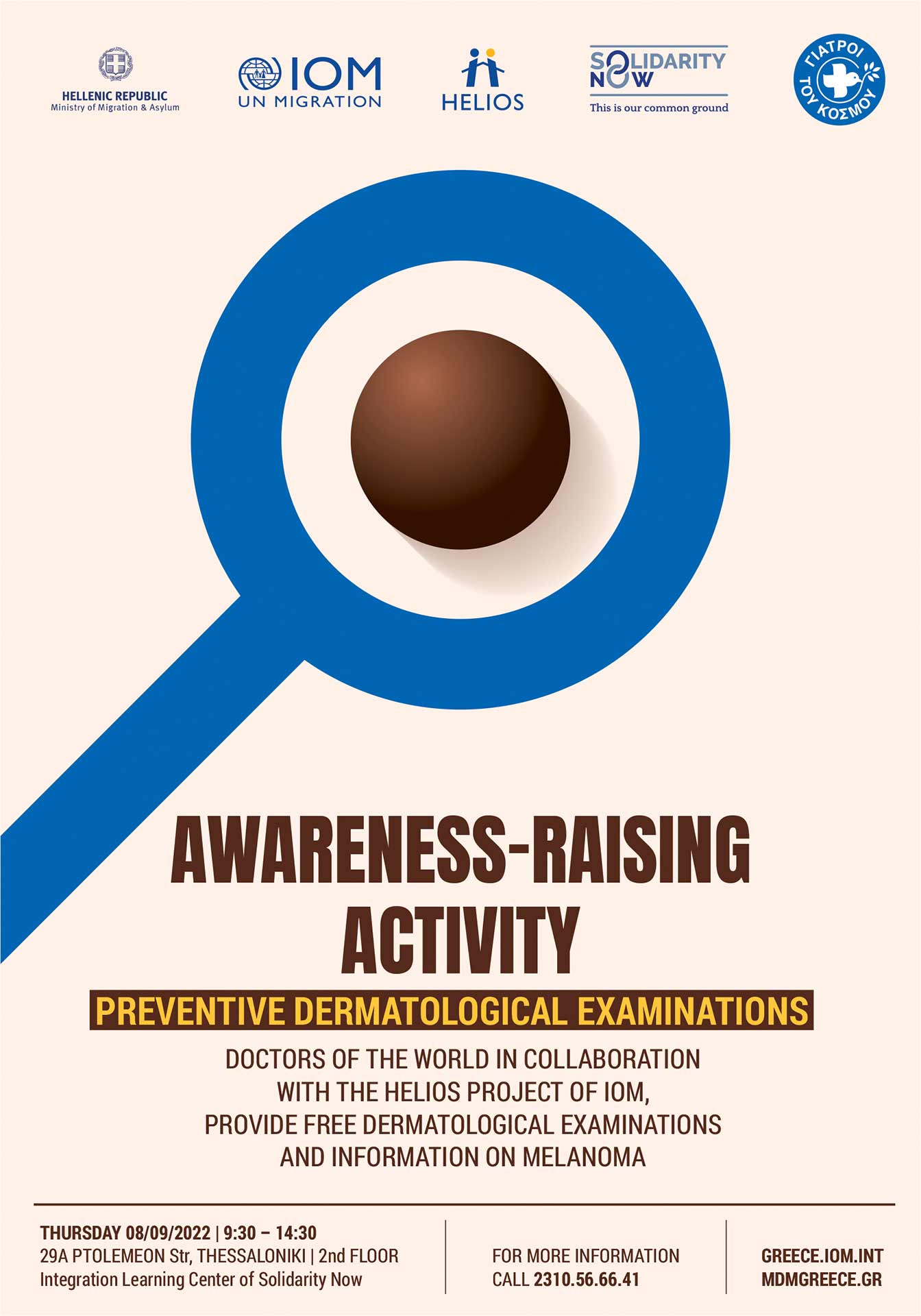 On Thursday 8.9.2022, the team of the Open Polyclinic of Thessaloniki, participated in the awareness-raising and preventive dermatological screening action, organized by IOM, in the framework of the HELIOS program that takes place at SolidarityNow. Refugees from Ukraine, Syria, Congo, as well as the native population living in the wider Thessaloniki area, were examined by the MdM dermatologist and informed about dermatological diseases, such as melanoma, as well as ways of prevention and care. 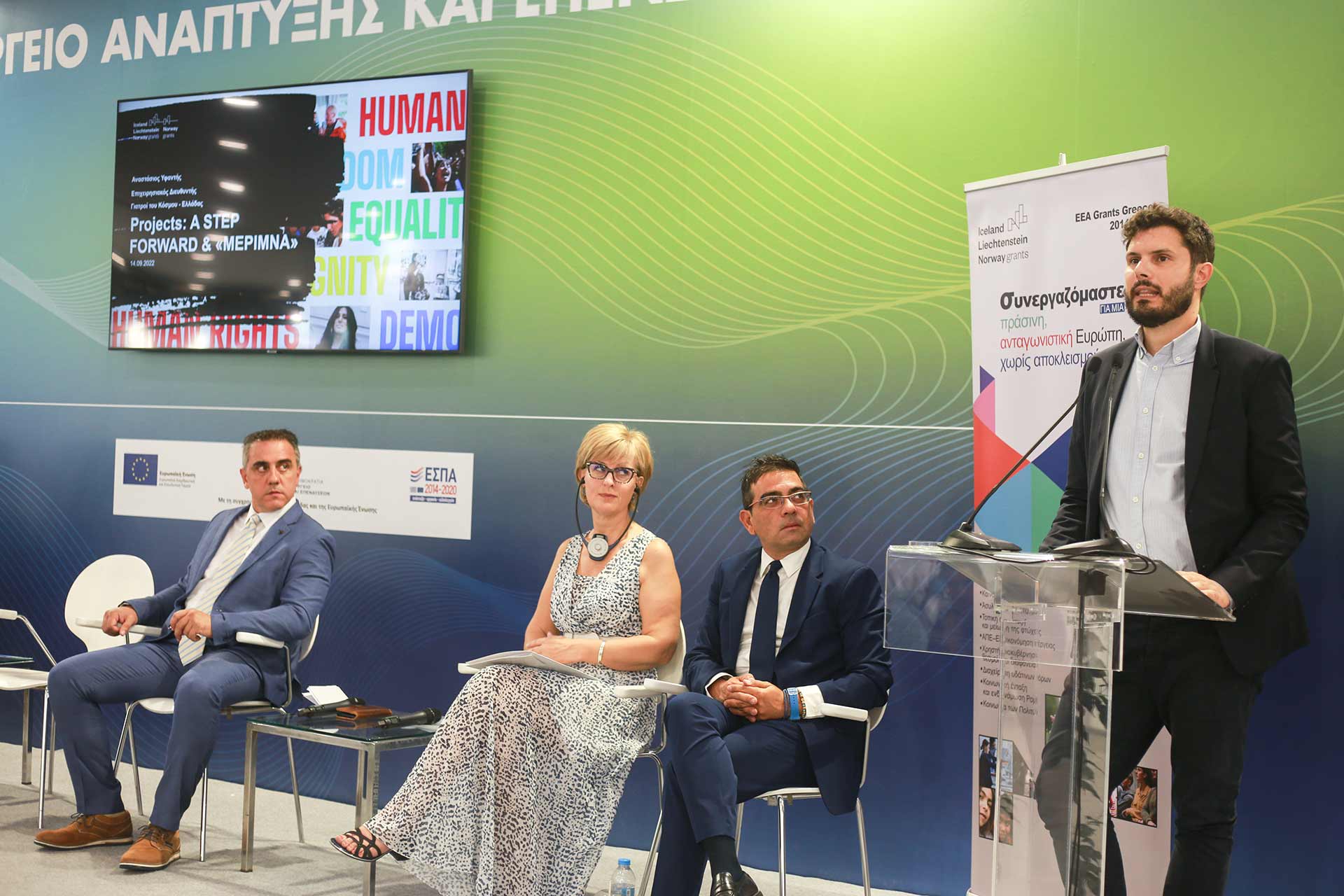 Projects concerning people and the improvement of their living conditions

Invited by the European Economic Area Financial Mechanism (EEA Grants) and the National Contact Point (NCP), MdM attended the Thessaloniki International Fair 2022. The invitation was made in the context of the event “Working together for an inclusive Europe” held on Wednesday 14 September, during which representatives of organizations spoke about their EEA Grants-funded projects concerning people and the improvement of their living conditions. 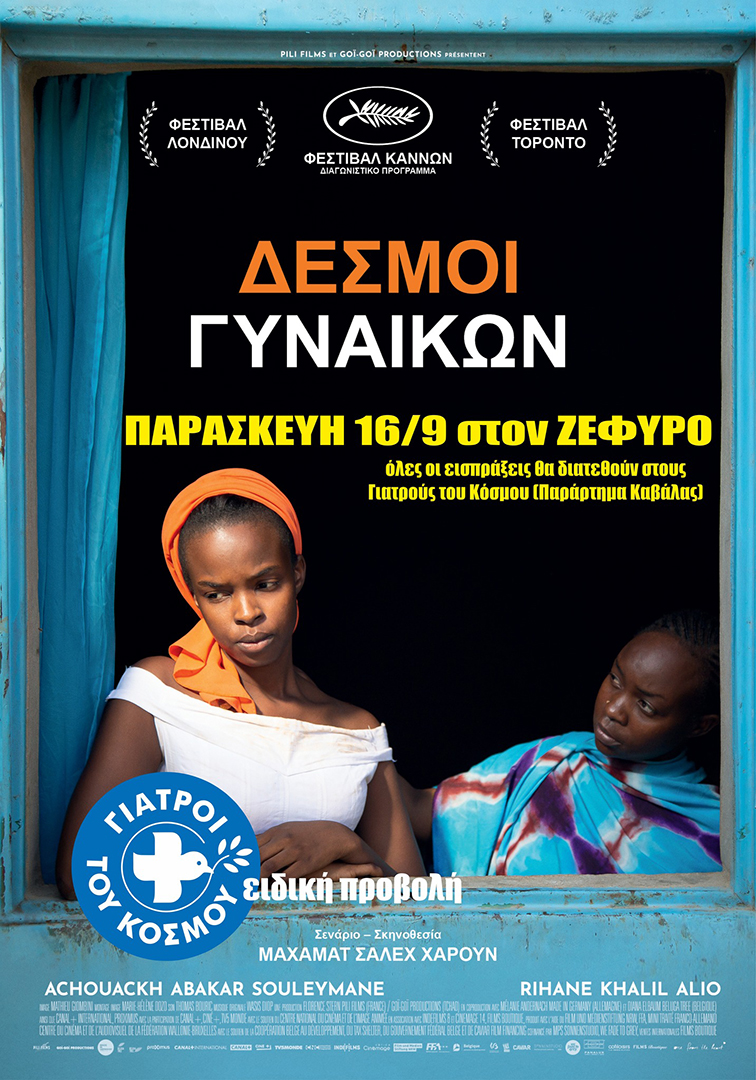 The MdM team in Kavala, continued its preventive actions for Health, by undertaking the distribution of vaccines for children of the broader region who do not have access to the public health system. At the same time, the team provided nursing homes in Kavala with medicines and parapharmaceutical material, which were collected through donations from our fellow citizens, while the Kavala Friends of Arts and Literature Center organized a screening of the film “Women’s Bonds” on September 16th, offering all proceeds for the purchase of children’s vaccines. 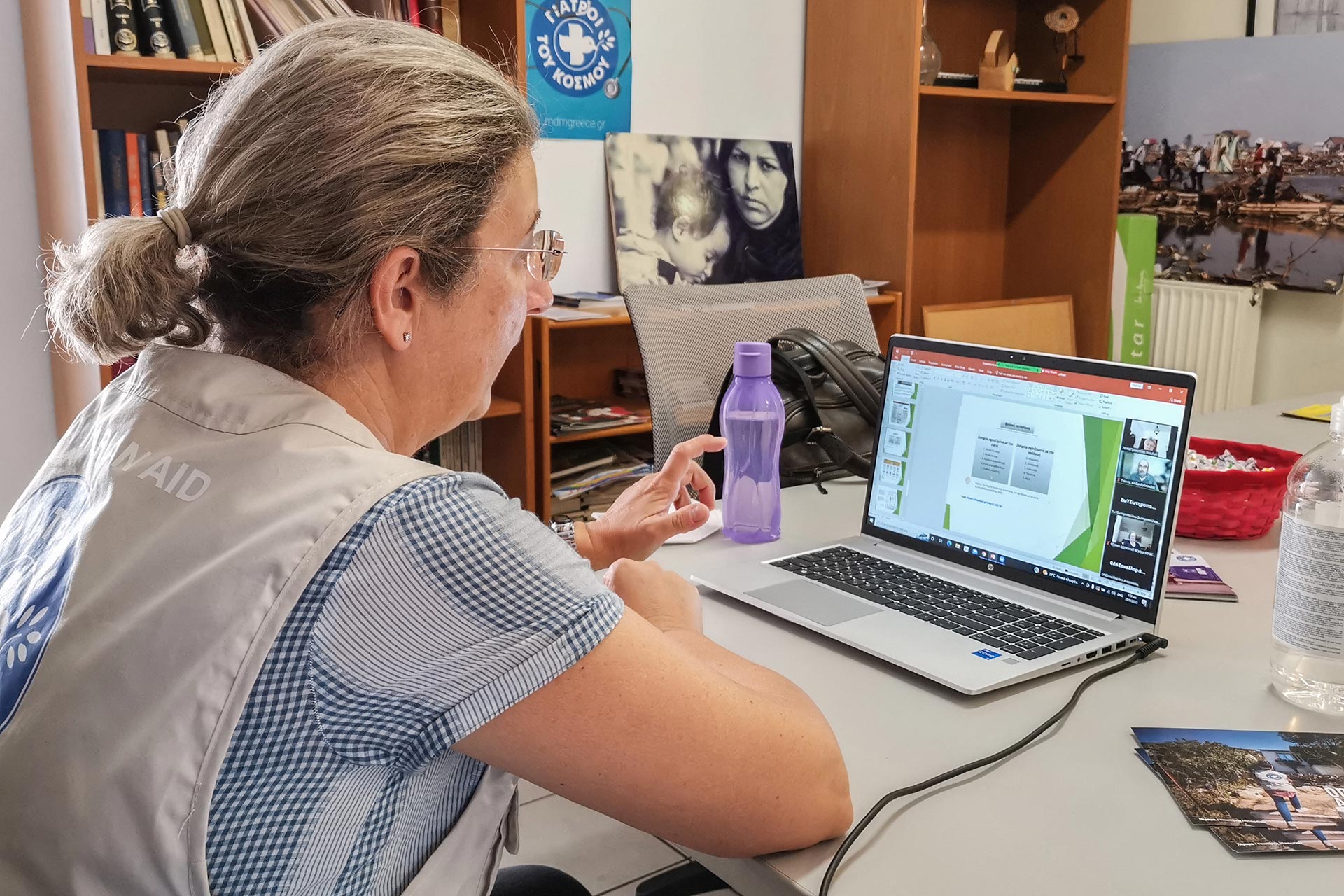 Active Ageing is the optimisation of the conditions for good physical, mental and social health, aiming at the active participation of older people in society, ensuring a high standard of living during the normal course of ageing. Through active ageing people realise their potential for physical, social and mental well-being throughout their lives and are thus encouraged to participate actively in society through support and encouragement to optimise quality of life. 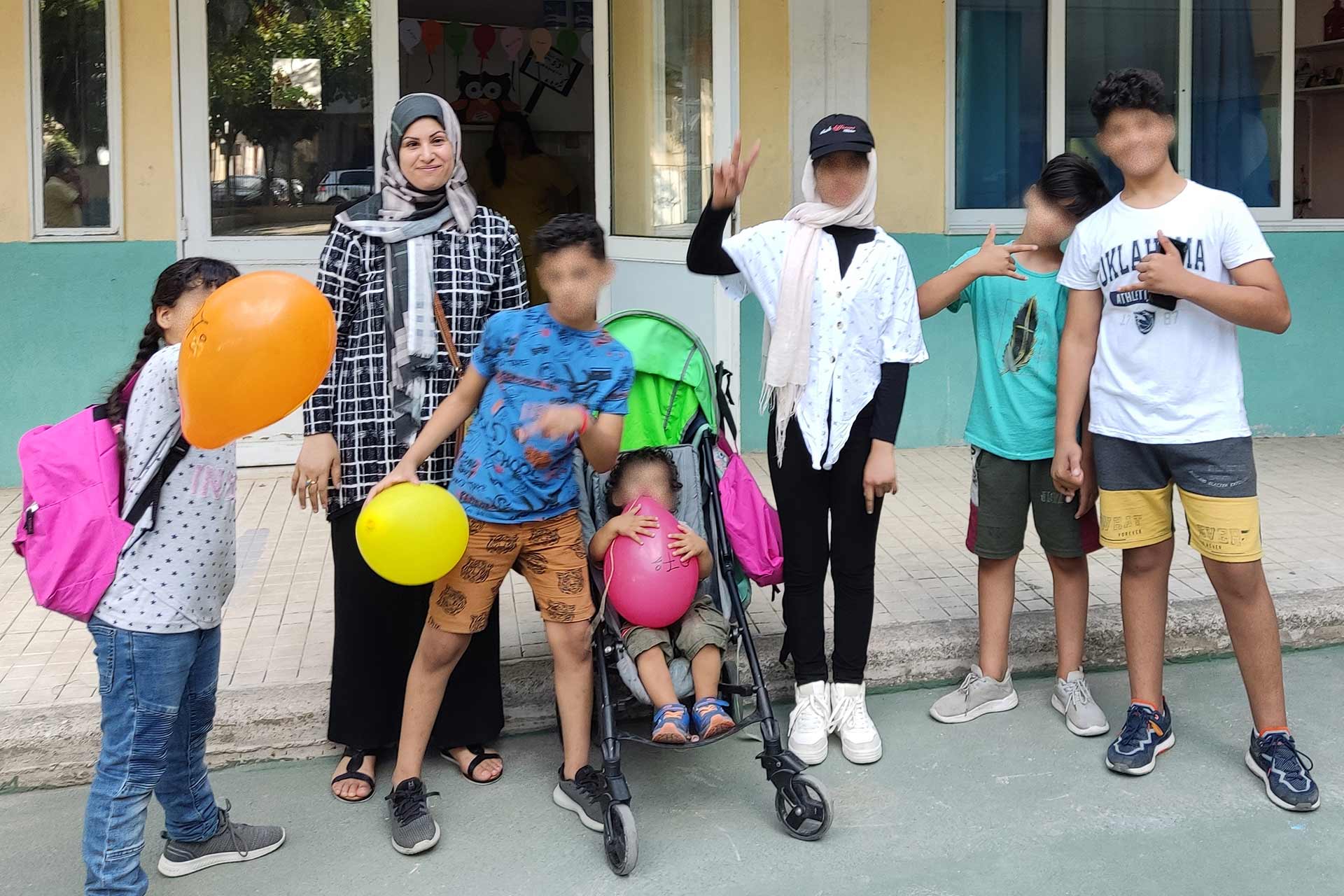 Opening of the school year for the children hosted at the Open Accommodation Centre “A Step Forward”, who returned to the classrooms on September 12th, together with their classmates. Among them were six of the eight children of Iman from Iraq, who started for the first time or continued their education in their respective grades, ranging from kindergarten to high school. 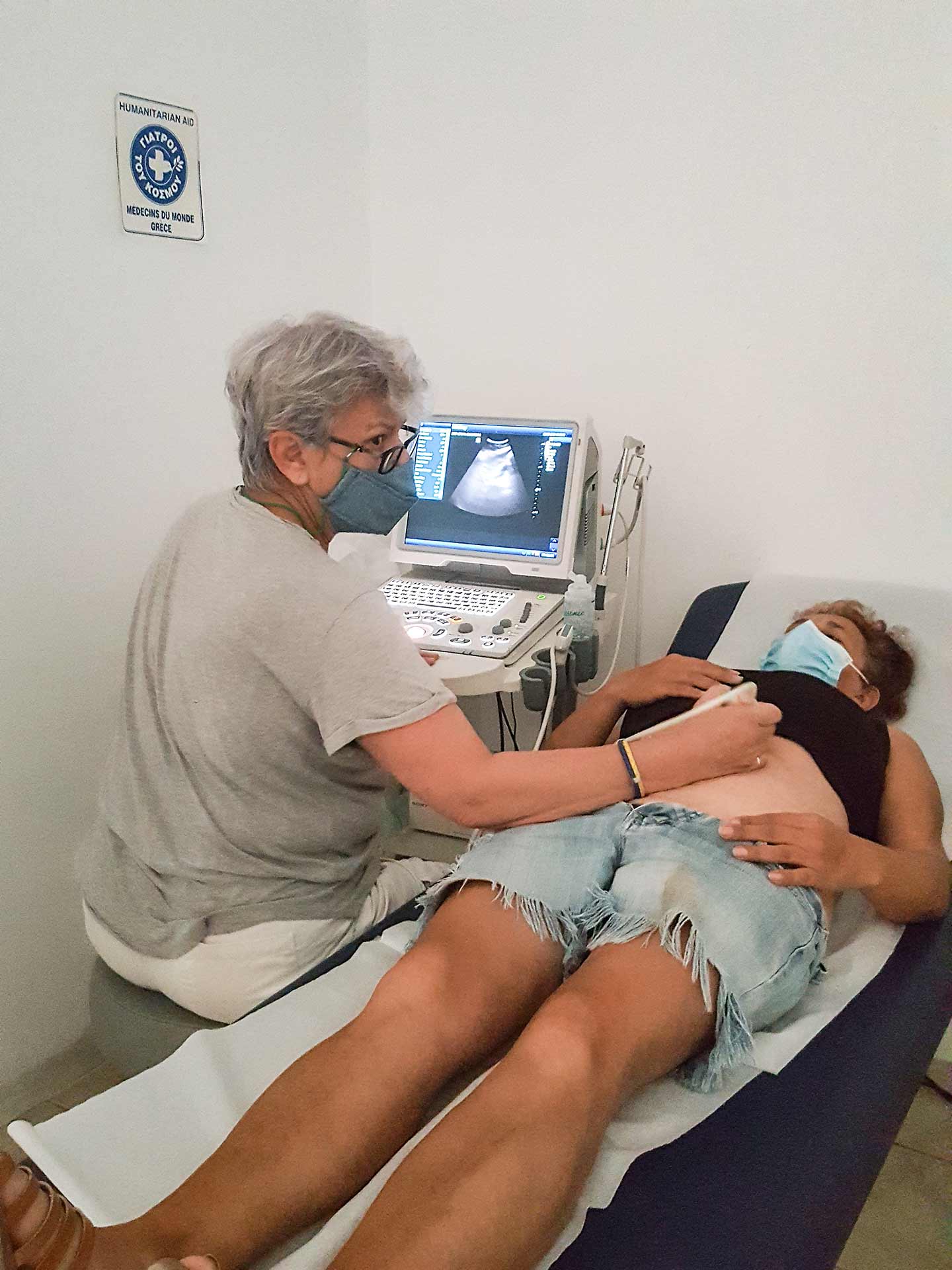 Standing by the side of the people on the remote islands

MdM clinic in Folegandros continues to operate, ensuring access to health services for the residents of Folegandros, as well as for those of the nearby islands of Sikinos, Herakleia and Koufonisia. With specialized and experienced medical and nursing staff, it is made possible to carry out blood and biochemical tests as well as electrocardiograms and ultrasounds. 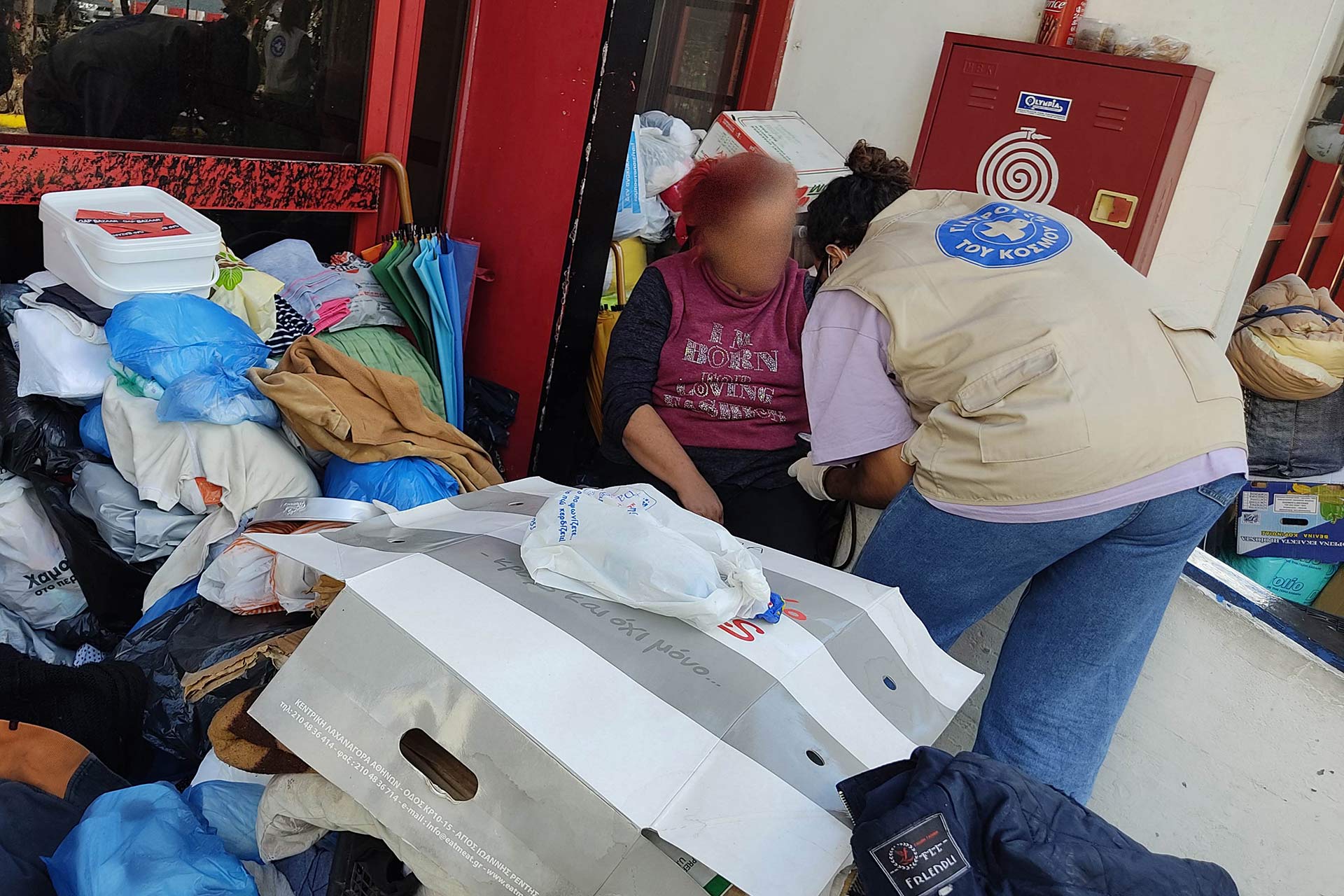 Mrs. X. at the port of Piraeus

The deterioration of family and social relations, due to the restrictions caused by the pandemic and the increase in living expenses for those who do not have their own home, combined with psychological difficulties they face, has caused a steady increase in the number of vulnerable elderly citizens who move to the port of Piraeus as a last resort, following evictions from the rented houses they used to live in. The pensions and solidarity allowances received by our vulnerable fellow citizens are not sufficient to cover the pressing housing and food needs they face. 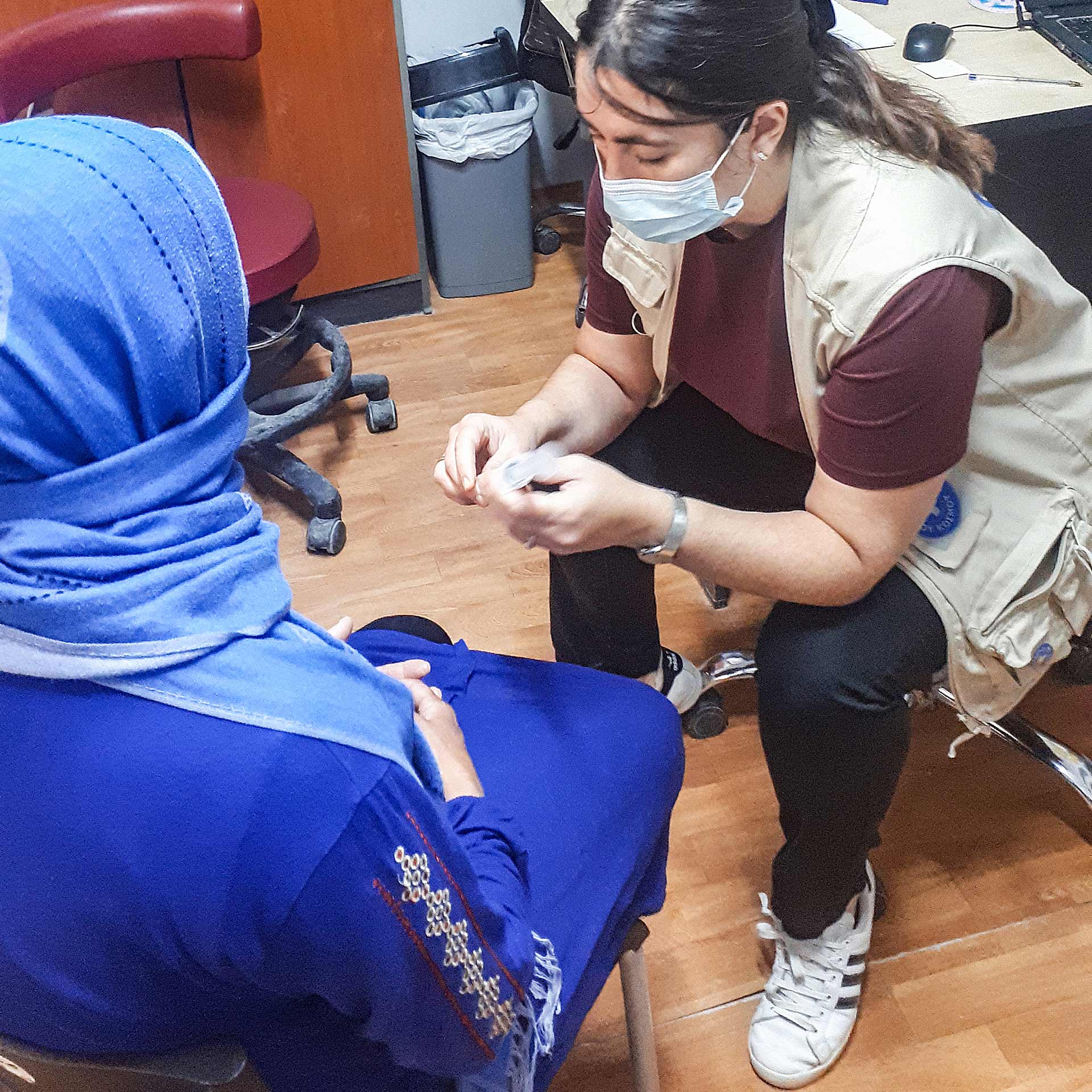 A. began her long journey from Afghanistan, seeking better living conditions for herself and her family far from her country. She arrived in Lesvos from Turkey, having experienced many difficult and dangerous situations throughout her journey. After the family had settled in the Lesvos RIC, A. visited the MdM team for psychological support. The traumatic events experienced during the trip had created a tense situation within the family. For days she could not sleep, feeling great psychological pressure, while the young boy in the family was also experiencing severe anxiety and outbursts.

BECOME A SUPPORTER
OF DOCTORS OF THE WORLD

By participating in Doctors of the World’s Annual Support Donation, you are helping us to stand by the side of even more people in need of help.

I WANT TO HELP 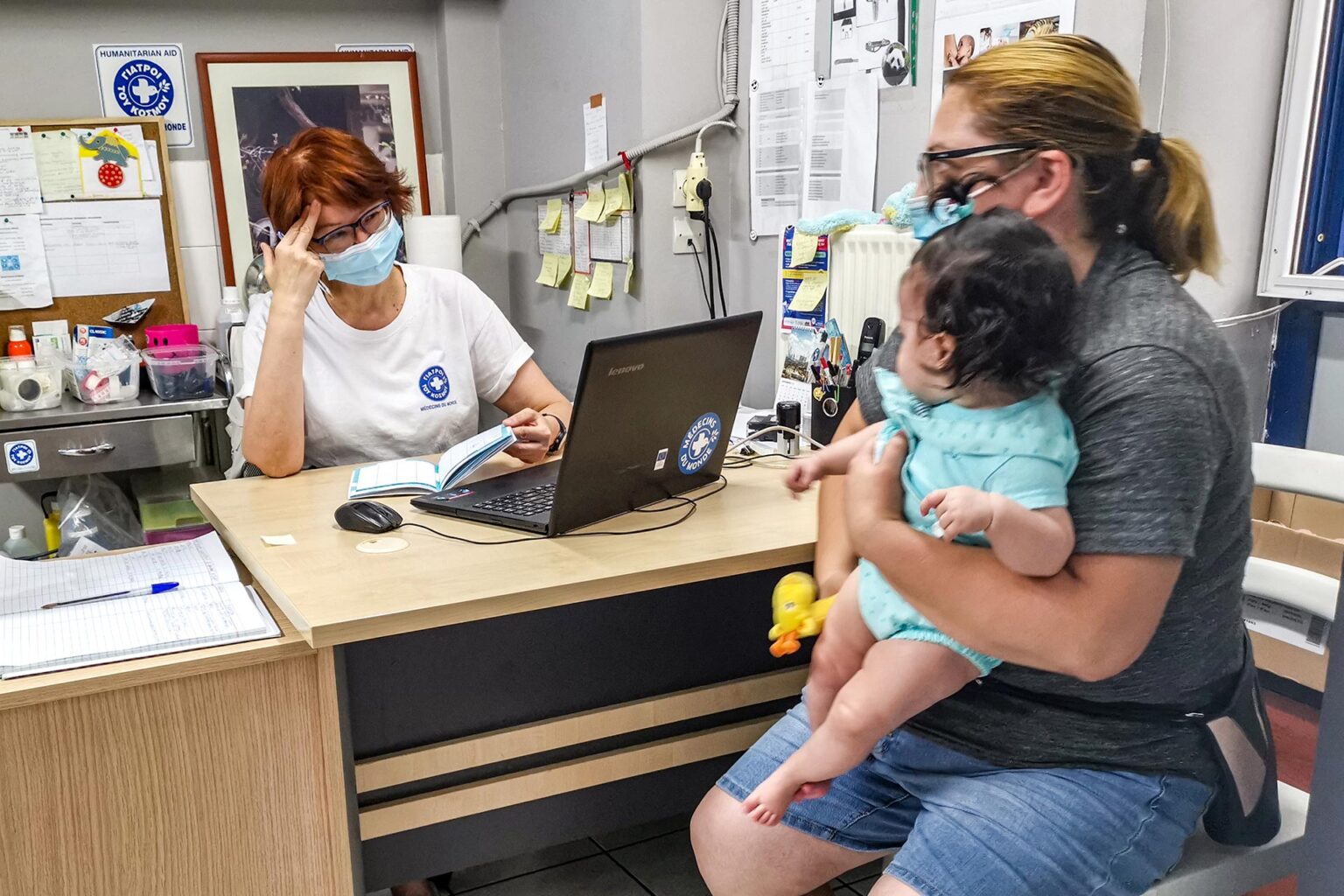