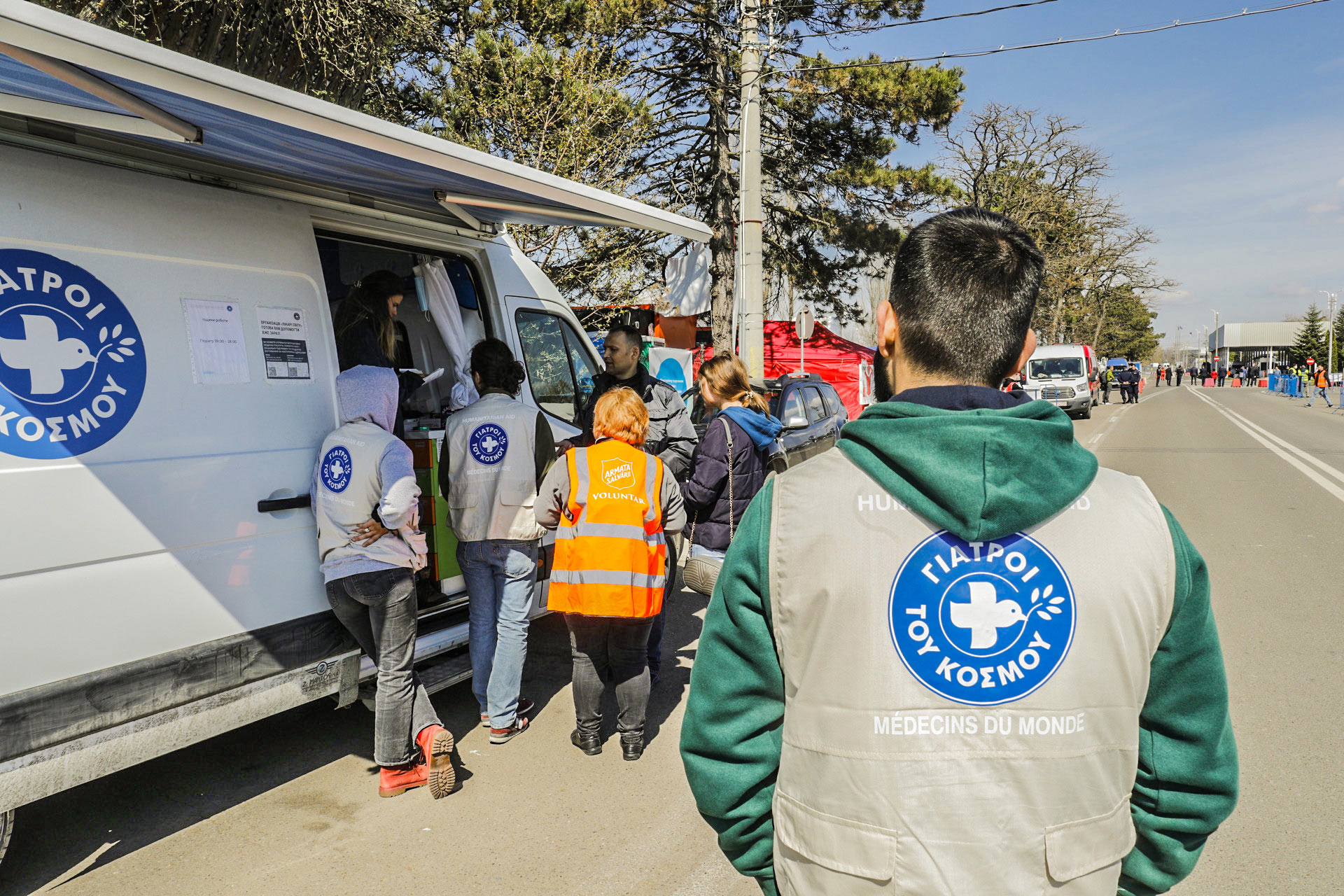 
Humanitarian Aid for the people of Ukraine

Médecins du Monde is implementing a response plan to meet the needs of the population fleeing Ukraine in search of safety. The three-point plan foresees the provision of health services with a Medical Mobile Unit in Siret (on the Romanian/Ukrainian border) and continuous assessment of the refugee flow situation.  To support the people and health facilities in the region, 7 humanitarian aid shipments have already been carried out with medical supplies and essentials. At the same time, for the refugees arriving in Greece, Médecins du Monde have set up a Help Desk where they provide psychosocial and material support adapted to the needs of the population, and provide housing through their housing programs. Finally, since the 1st of May, the Covid19 Vaccination Centers have started operating in MdM’s Open Polyclinics, with the aim of increasing access to vaccination for vulnerable groups, including Ukrainian refugees. 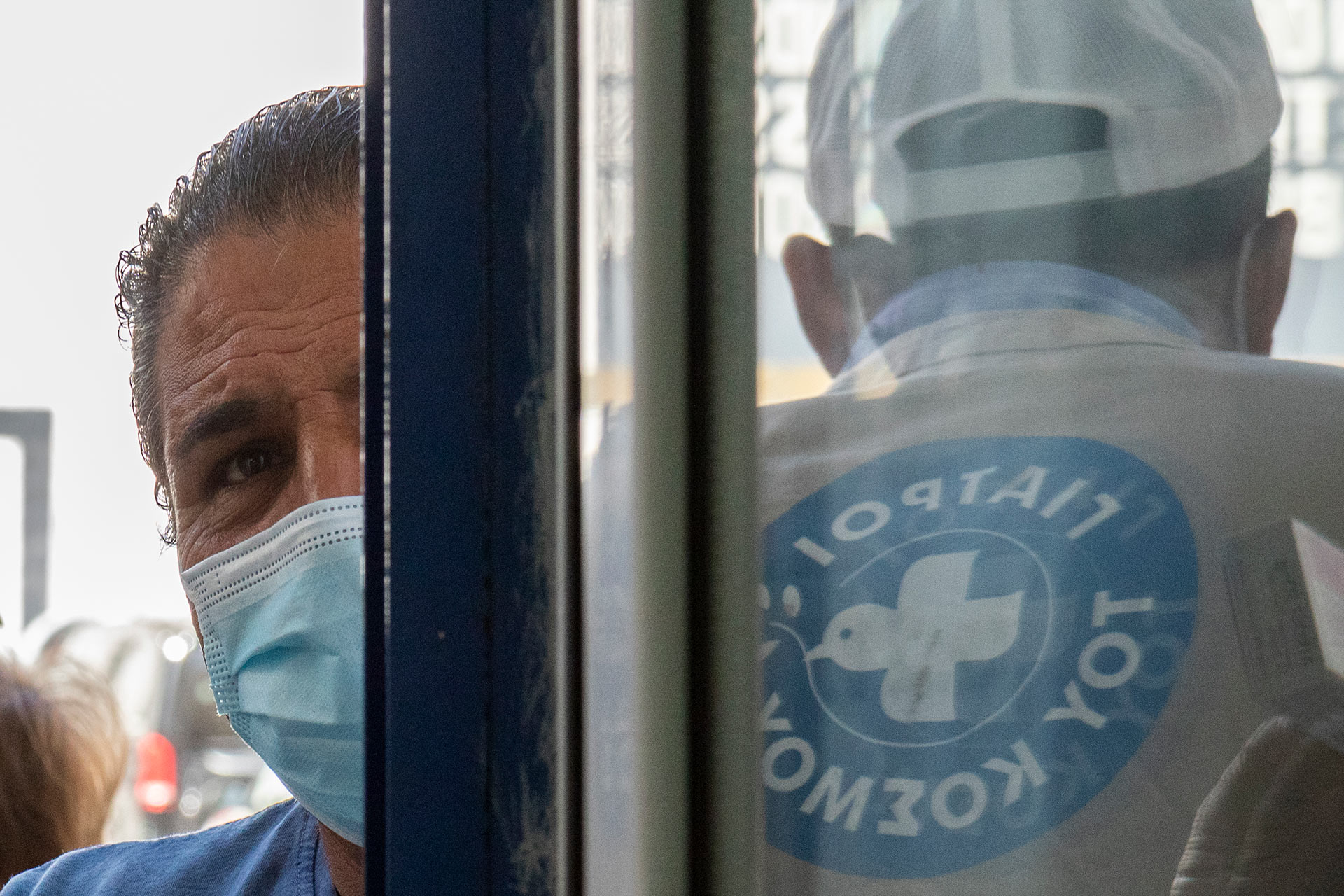 I met Mr S in December 21. A sweet-spoken man from Tunisia, in his 7th decade of life with glasses and a moustache peeking out over his mask, which he wore properly only after he was asked to. What struck me about S was the patience he showed when I tried to make myself understood in my broken French, as if nothing in the world was forcing him and as if he was in no hurry. He had come to our polyclinic because he needed help because of a hernia that he had developed a few years ago, but which no one had ever explained to him what it was, how it came about, what he could do to treat it better, and how he could find a definitive solution to his problem. 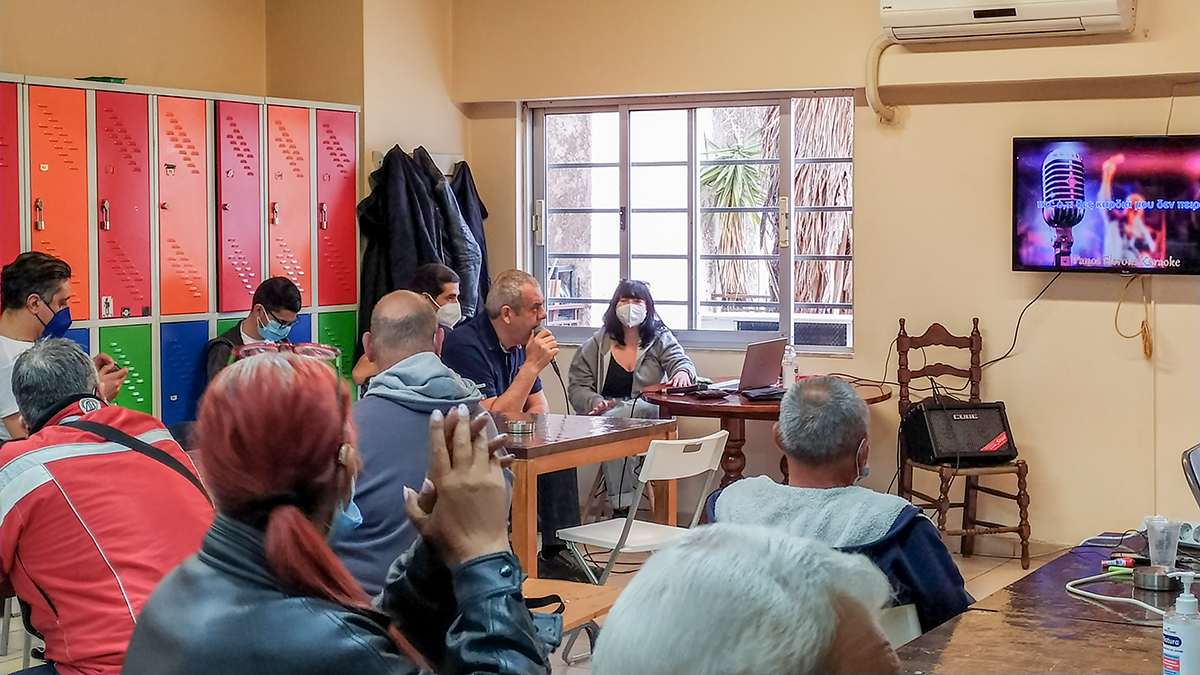 NIGHT SHELTER FOR THE HOMELESS

An evening of singing and entertainment

Throughout their stay at the Nightshelter For The Homeless, the beneficiaries receive the help and support of our team at all levels. But at the same time it is important that they are able to have fun and engage in entertainment activities. One of those activities took place in collaboration with Emfasis Foundation (Street Music-Life Therapy) after a long time, since the restrictions of the pandemic prohibited such initiatives. As part of this action, the beneficiaries listened to music, sang their favorite songs, forgot, applauded each other, laughed and had a good even though emotional time. 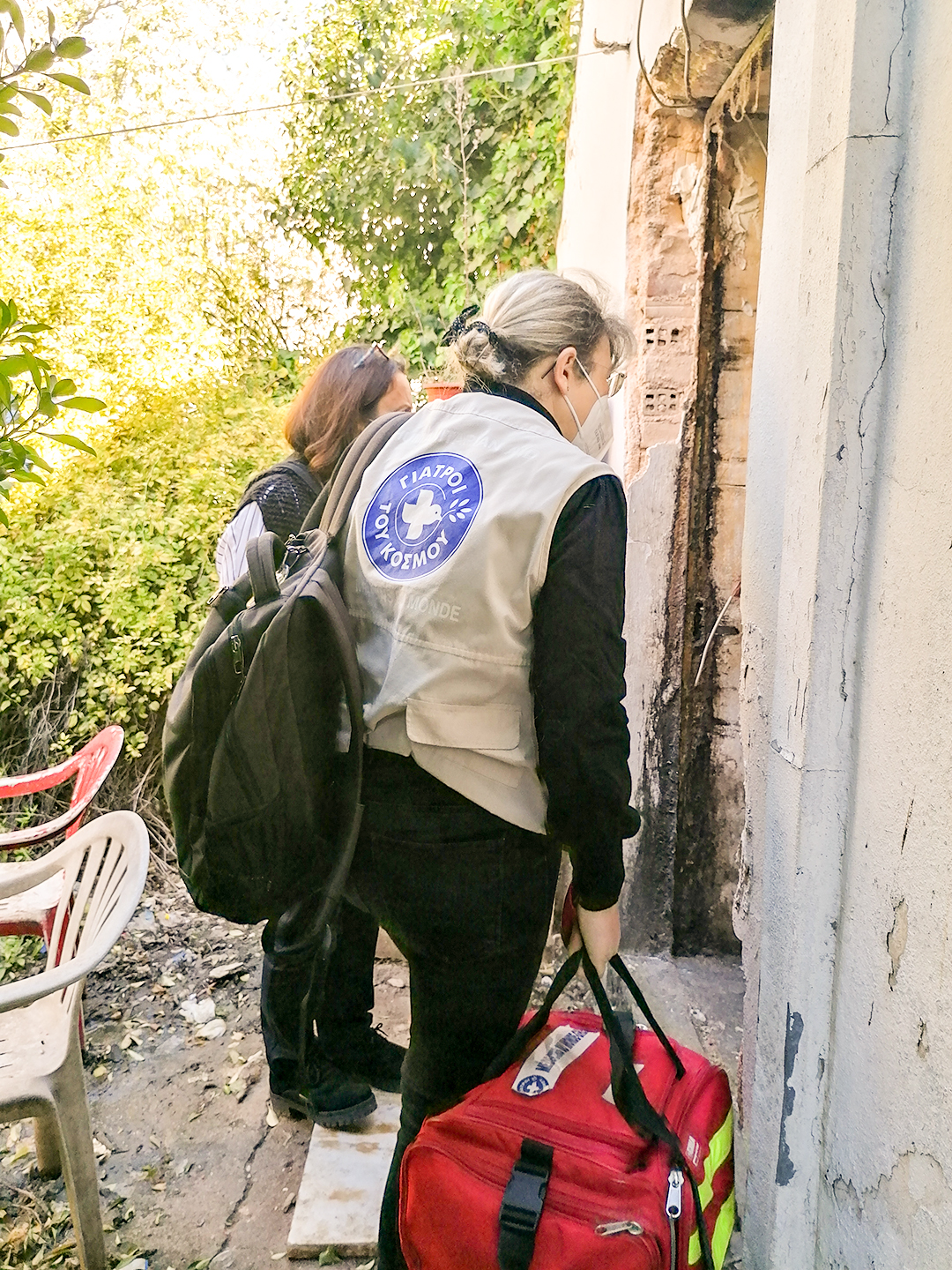 60+ Support for the Elderly

The Social Service of Médecins du Monde received a call for help for an elderly woman in an area of Athens, who had been living in very bad conditions for a long time. A home visit was immediately scheduled by the Elderly Support Team of Médecins du Monde. During the first visit to the underground apartment where Mrs E. lives with her daughter, the picture was desperate. 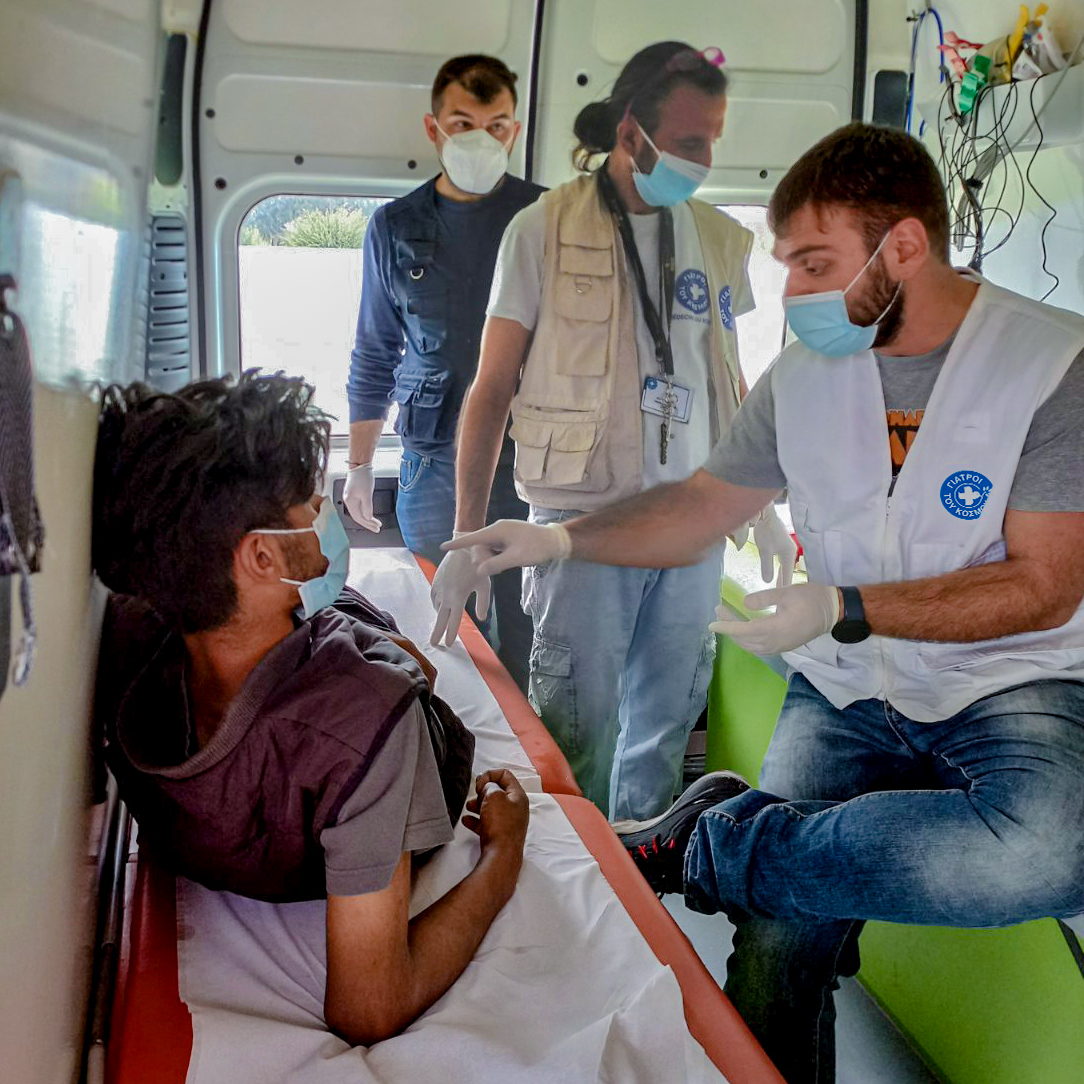 During the month of April, MdM’s interventions in Thessaloniki were intensified in order to support the population living on the street or in precarious housing conditions. More specifically, interventions are performed with a fully equipped mobile medical unit, which is staffed by health and psychosocial professionals, on a weekly basis and at a predetermined time. The interventions involve a general practitioner and a general surgeon and the target group is the homeless population or people living in precarious housing conditions as well as users of psychoactive substances.

N. was born in the Congo, where she spent most of her life and at some point, became a mother herself. Due to the hostile political conditions and violent power dynamics, she and her daughter decided to leave the country in search of safer and more humane living conditions. Before they managed to leave though, her daughter was killed by the country’s political forces. Thus N. started her journey alone and arrived in Greece in 2019.

Children’s health is a priority and our goal is to reinforce and protect it. Volunteers from MdM’s department in Kavala visited the municipal district of Chrysochori in the Municipality of Nestos in the prefecture of Kavala and vaccinated 28 children aged 1 to 12 years old with the necessary vaccines.

Also, in order to deal with the pandemic, mitigate the risks and the well-being of all, MdM conducts informative actions for Covid-19 and distribution of personal protective equipment. As part of these activities, volunteers from MdM’s department in Kavala visited the primary school Amygdaleona and provided personal protection items to be distributed to the students of the school.

Because health is not a privilege but a basic human right.

I WANT TO DONATE 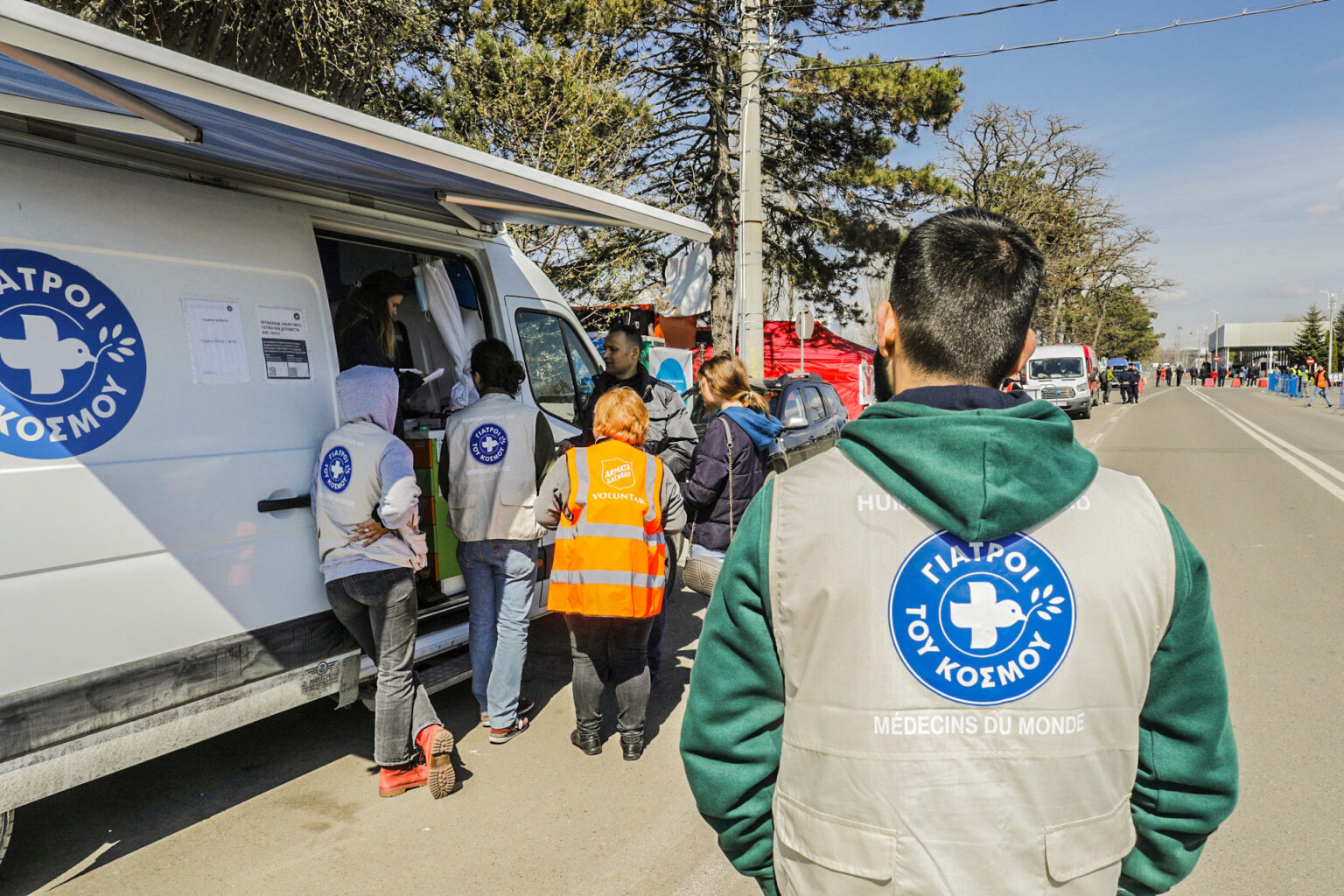