During the third week of May of 2014, exceptionally heavy rains fell on Serbia which were caused by a low-pressure system (‘Yvette’) that formed over the Adriatic. The amount of rain that fell in western Serbia in a week’s time, was the equivalent of 3 months of rain under normal conditions. Because of the flooding, some 32,000 people were evacuated from their homes. The disaster resulted in 51 casualties, of which 23 were due to drowning. As a result of the floods, several health facilities sustained damages and had to be temporarily closed, and health care to the population had to be suspended. In overall, a total of 1.6 million persons were directly or indirectly affected in the country following the disaster.

Médecins du Monde – Greece organized two humanitarian aid missions in order to deliver relief items to the affected population. At the time of the first mission, 20 tons of medical supplies, food and clothing items that were collected by both MdM – Greece and the initiative “Allileggioi”, a Voluntary Action Group of Serbians living in South Pieria, were delivered to the “Stefan Visoki” hospital in the city of Smederevska Palanka. A second container with another 20 tons of relief items (medical supplies, stationery, personal hygiene items, cleaning products, clothing and bottled water) was delivered to the region of Svornick in Bosnia. 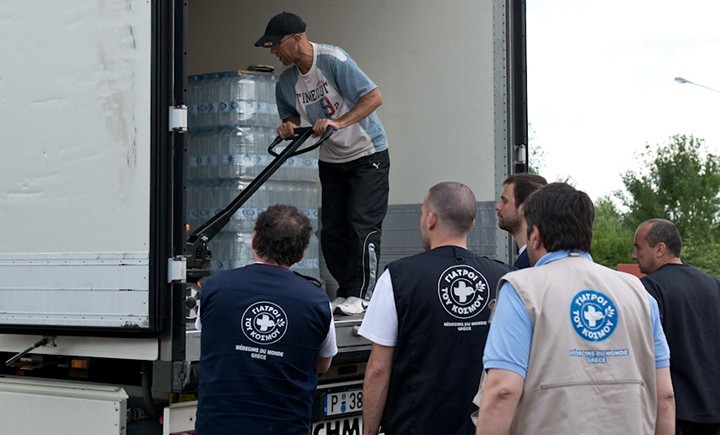