Médecins du Monde (MdM) calls on the international community, including the EU, to take urgent and immediate steps to protect Palestinian residents of occupied East Jerusalem and Gaza, and ensure access to medical care for those wounded by Israeli forces.

At the time of writing on Tuesday 11 May, the Palestinian Red Crescent Society (PRCS) report that 612 Palestinians have been injured by Israeli forces during a raid on the Al Aqsa Mosque compound in the Old City of occupied East Jerusalem and ongoing protests. Around 411 Palestinians have been hospitalised, including seven in a critical condition.

These injuries are the latest in Jerusalem in a week where Israeli forces have repeatedly used rubber-coated steel bullets, physical beatings, tear gas and sound grenades against Palestinians in the city. Request to transfer additional ambulances from the West Bank into East Jerusalem to help cope with the influx of injuries was reportedly denied by the Israeli authorities, and  paramedic crews have been prevented or delayed from accessing the wounded. In a number of incidents, PRCS paramedics have been targeted with tear gas, “skunk water” and rubber-coated steel bullets, resulting in damage to two ambulances.

Further, MdM condemns the reported killing of 10 children during airstrikes on Gaza. The international community must ensure that all parties to the conflict protect civilians, especially children, as required by international law.

“Palestinians endure perpetual military occupation and a concerted effort to dispossess them of their land, rights, health and dignity. Calling for ‘de-escalation’ is not enough, the international community must recognise and address the deep power inequality, the excessive use of force, the breaches of international law, and take clear and concrete action to protect Palestinian access to health care and call for real accountability for the brutal treatment of Palestinians in East Jerusalem.”

‘The systematic dispossession and constant threat of demolition has a severe effect on the psychologic wellbeing of Palestinian communities in East Jerusalem, living in persistent state of fear for their homes, families and livelhoods, while watching illegal settlements expand around them and growing impunity for violence committed against them.’

“Innocent children and civilians must not bear the brunt of a conflict that is not of their making. The targeting of civilians and children is a serious breach of international law and must be investigated by the international community. The ongoing blockade already has a devastating impact on the infrastructure upon which children rely for their health, education, protection and wellbeing, collectively punishing them for crimes they did not commit.”

MdM calls on the international community, to take urgent steps to halt Israel’s violations of international law by demanding an immediate end to all attempts to displace Palestinians from their homes; the cessation of excessive force against protesters and healthcare workers and children; and unimpeded access for health workers to the wounded. Where violations occur, the international community should recognise the pattern of chronic impunity Israel affords to its own actions and support genuine investigations and accountability. 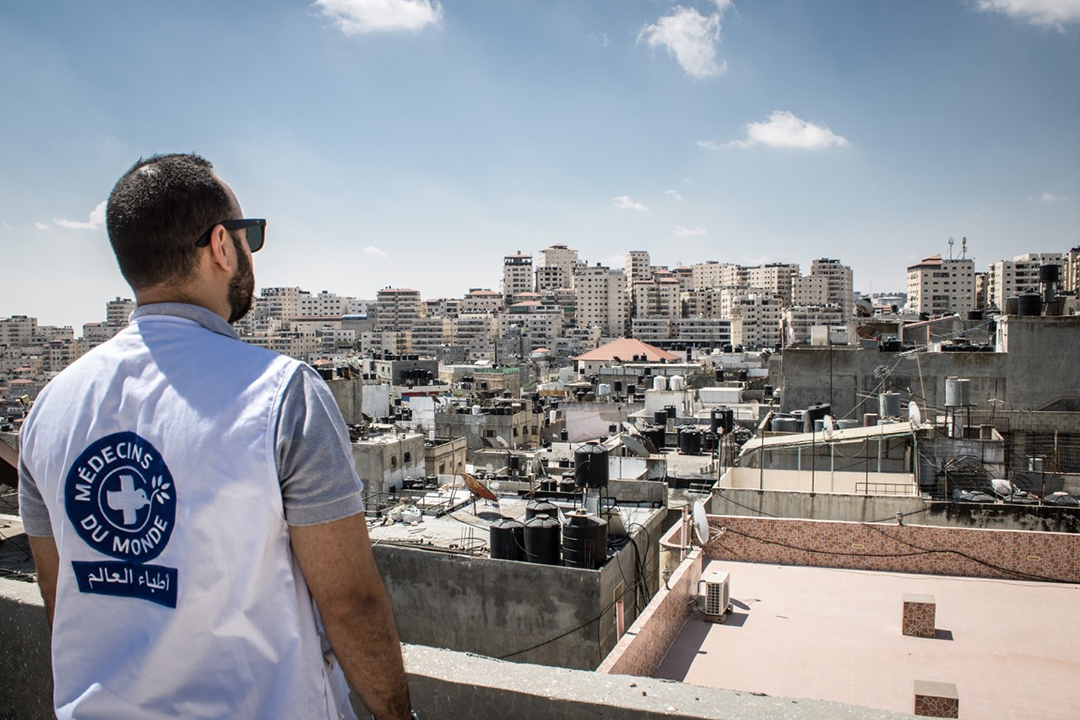