• It is crucial to ensure access for food aid, essential medicines and basic humanitarian goods

July 7, 2022 – Lives of millions of Syrian people depend on the crucial decision of the United Nations Security Council, that is scheduled on next Sunday, July 10, on the renewal of the provisions of the cross-border resolution, which ensures humanitarian access to more than four million people in the northern of a country already facing eleven years of devastating war.

Médecins du Monde International Network is calling for a guaranteed renewal of this cross-border resolution for at least another twelve months to ensure that millions of Syrians continue to have access to food aid, essential medicines and other basic humanitarian goods.

“We cannot be debating whether to keep a border crossing open or not, the lives of millions of people in northern Syria depend on it,” tells Hakan Bilgin, Founding President of Dünya Doktorları/Médecins du Monde Turkey. 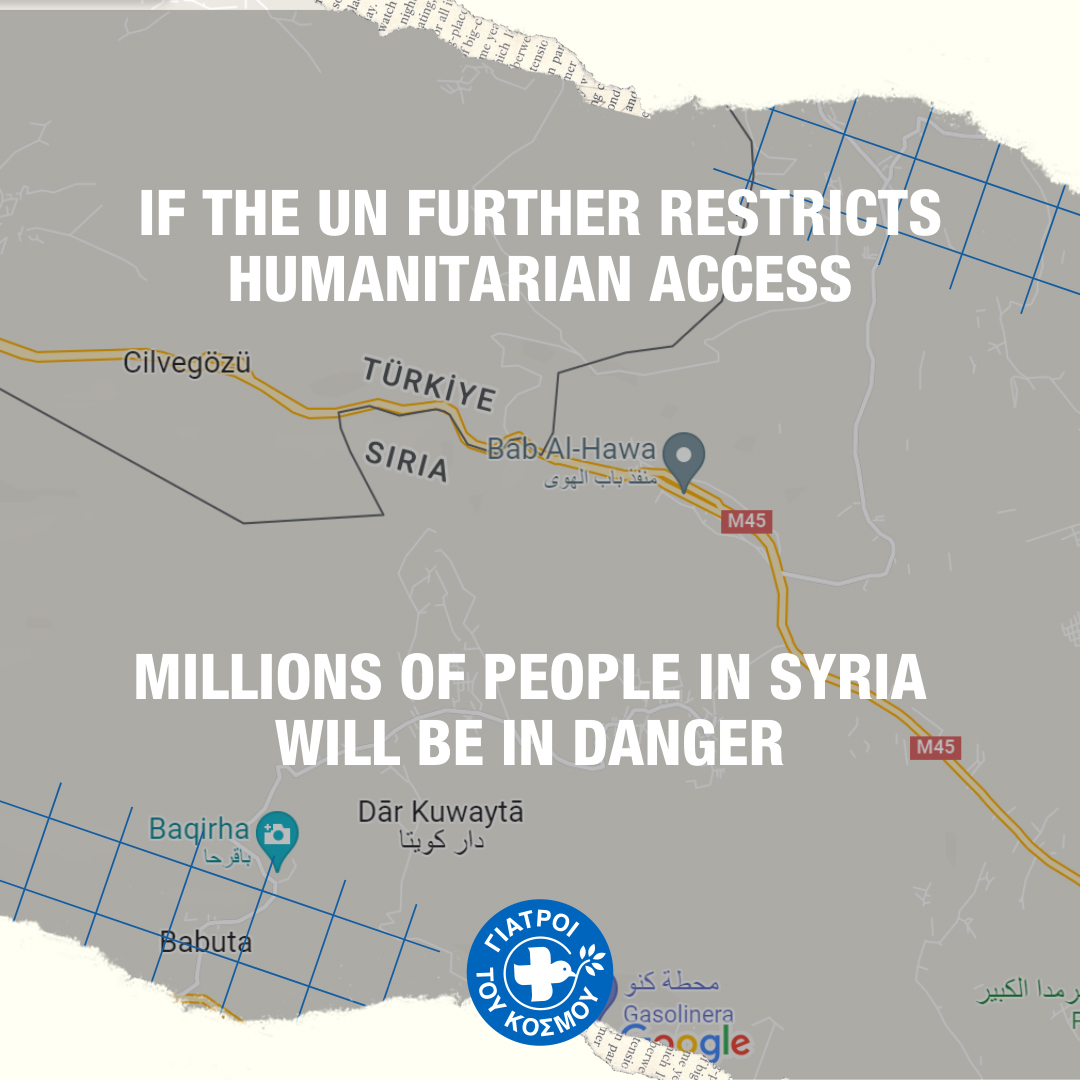 What happens if there is no access for humanitarian aid in the northern of the country?

This access is essential for the delivery of medical and surgical supplies. These health items are critical for the population living in northwestern Syria, 2.8 million of whom are internally displaced and living in camps or informal settlements lacking adequate health care. In addition, most essential pharmaceuticals and vaccines cannot be procured by NGOs without UN assistance across this border, in a context of reduction of the humanitarian space where health workers continue to be targeted.

Lack of availability and access to medical supplies, lack of qualified Syrian health workers, access to specialized education and poor infrastructure have made access to healthcare a major challenge in Syria. 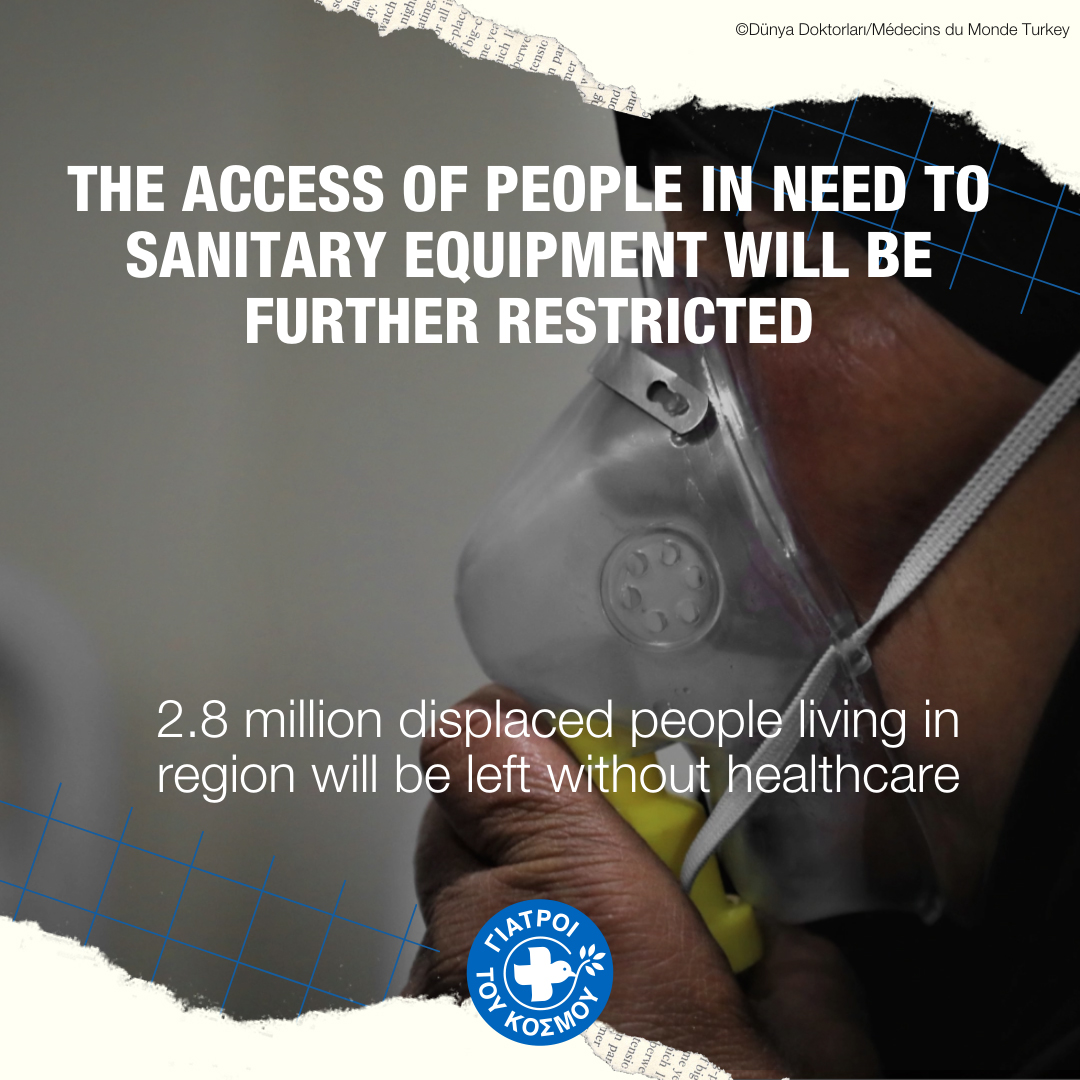 Only the World Food Programme (WFP) provides food to 1.4 million people every month. If the cross-border resolution is not renewed, these supplies will only be sufficient until September 2022, later one million of people will be left without food aid in northwestern Syria. Last year, more than 9,500 trucks crossed into Syria via Bab al-Hawa with food aid, medicines and goods to respond urgent needs. 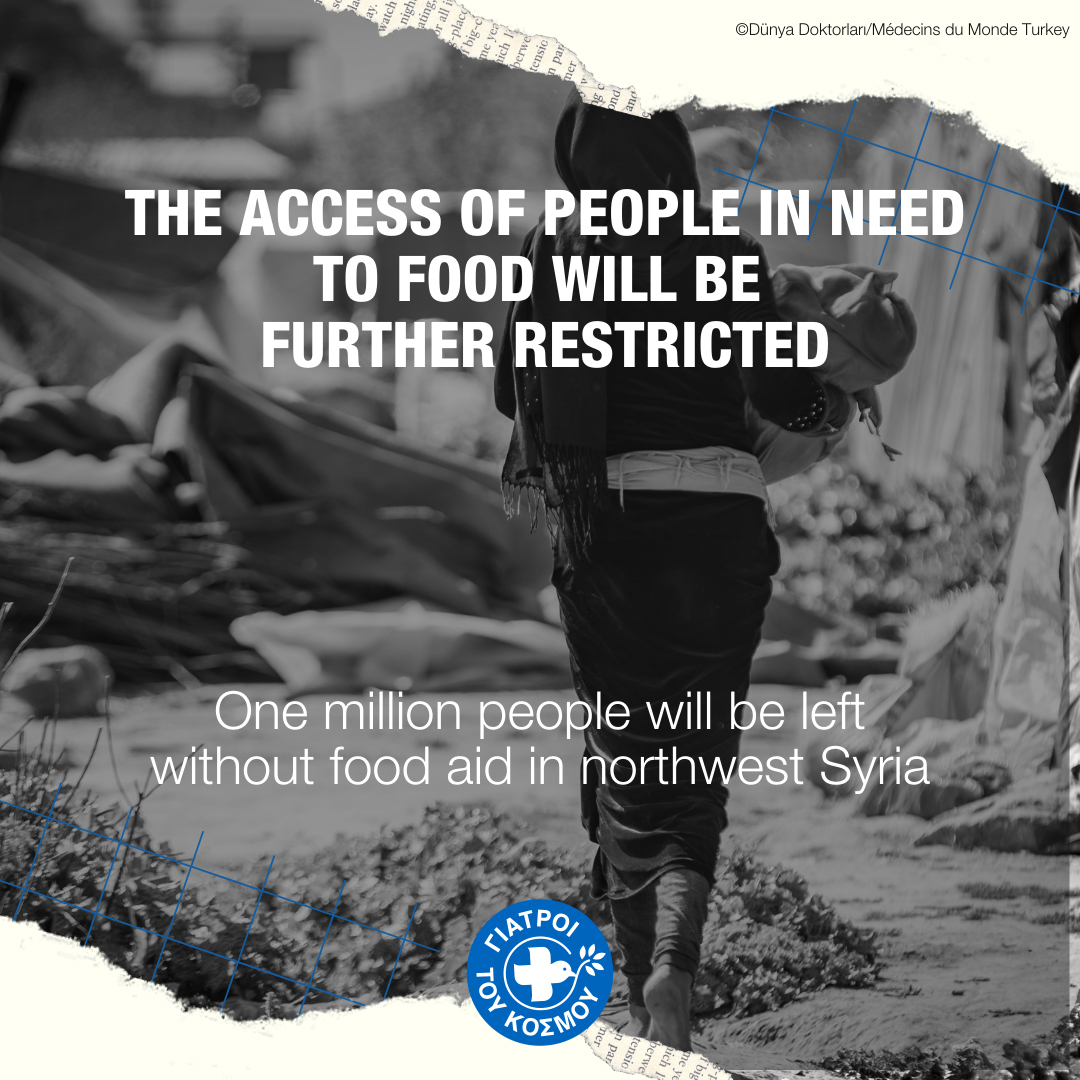 In addition to food and shelter assistance made available through UN agencies through this cross-border crossing, the resolution also authorizes the UN’s ability to financially support programs and partners in non-governmental-controlled areas through the UN Syrian Cross-Border Humanitarian fund (SCHF). If the resolution is not renewed, Syrian humanitarian NGOs not authorized by the Government of Syria which are the main recipients of the fund, will lose access to it.

From four border crossings to one

If expanded cross-border access was vital last year, it is even more critical today. The conflict in Ukraine, food prices increasing, the worst drought for seven decades and a ongoing war for eleven years now has a very negative impact on food security across the country today.

Since the adoption of United Nations Security Council (UNSC) Resolution 2165 in 2014, millions of people living in northwestern Syria have been able to receive humanitarian assistance, coordinated by the United Nations. This resolution enabled four border crossings, which were however reduced to only one in 2020: the Bab al-Hawa crossing, which is today the only alternative. This crossing provides a link between the province of Idlib and Turkey and allows the delivery of humanitarian aid in the northwest of Syria.

Now, this coming Sunday 10th, the UNSC meets to decide on the future of expiring Resolution 2165 and thereby ensure or not the entry of humanitarian aid to Syria. 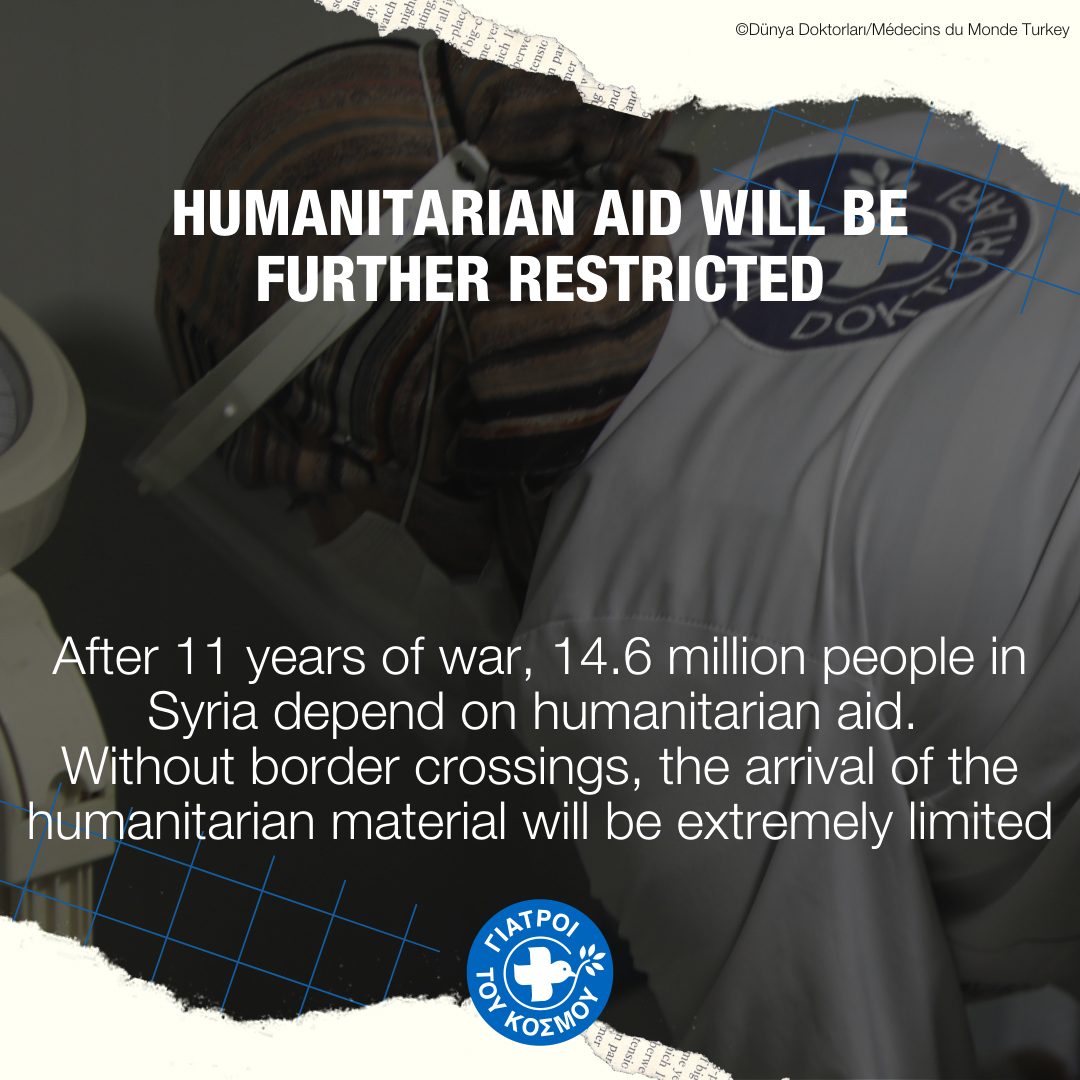 After eleven years of conflict, the number of Syrian people dependent on humanitarian aid is at its highest level: 14.6 million (six million are women and 5.5 million children). In northwest Syria this growing figure now stands at 4.1 million, 700,000 more people than last year according to UN figures. The humanitarian response provided by the UN across this border is the 80% of the food aid in northwest Syria. Neither the NGO-led response nor cross-border operations are currently able to provide this needed aid.

Médecins du Monde International Network calls on their government representatives and in particular the ambassadors of China, France, Russia, the United Kingdom and the United States to the United Nations to take the necessary steps to advocate for securing humanitarian access in Syria.