Greece has suffered a severe economic crisis since late 2009, due to nearly a decade of chronic overspending and structural rigidities. The severe impact of the current financial crisis in Greece that has led to extreme austerity measures and cuts in the public expenditure for mental health system while at the same time there is an enormous increase of demand for services. This, in conjunction with the mass influx of refugees and migrants in Greece over the past two years has contributed to further discrimination of the most vulnerable groups, such as destitute Greeks, migrants, refugees, asylum seekers, Roma, and LGBTQI communities. 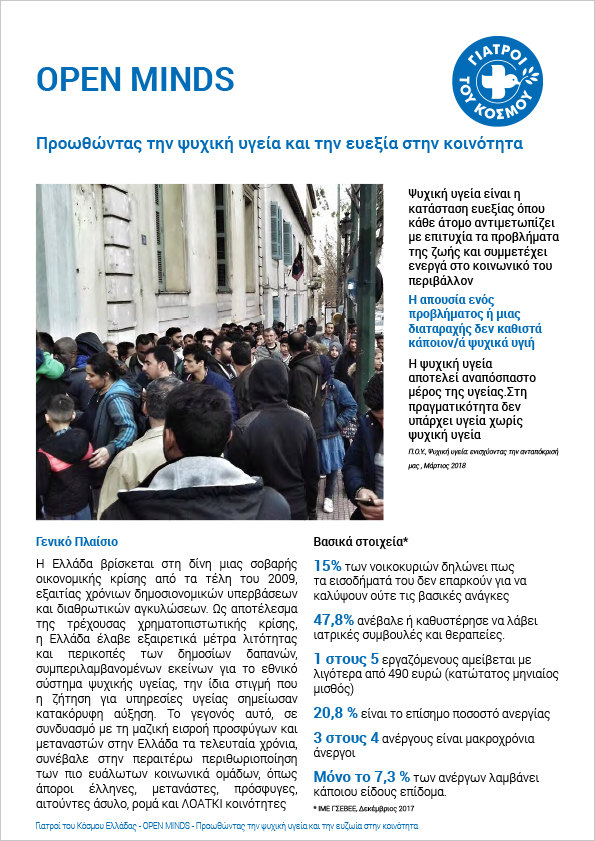