Is the right to health a universal human right?

Again and again the health issue has been placed at the top of the agenda of international and local stakeholders that are active in the reception crisis in Greece.

Again and again, the healthcare issue returns as a basic need and as a top priority in the public discourse, in presentations and positionments of experts and general public.

“The public health sector, which has been severely affected by successive austerity measures, is under extreme pressure and lacks the capacity to cover all the needs for health care services, be it of the local population or of migrants»

“Call on the Greek government immediately to improve detention conditions at the Fylakio pre-removal detention centre, and the Fylakio Reception and Identification Centre (RIC), including by taking immediate steps to ensure sanitary, hygienic conditions and access to medical care, including reproductive and maternal health care»

Again and again, it comes to the fore through tragic news of overcrowding, inadequate living conditions, and even fatalities.

“Camps on the islands are overcrowded and conditions are dire with families staying in summer tents as temperatures are decreasing. Medical assistance and WASH facilities are lacking. On 16 November, a baby died of severe dehydration at Moria camp on the island of Lesbos»

At the same time, MDM provided care and support to a total of 1088 children in Athens, addressing the gap of free access to health care for all. A gap that expands rather than diminishes due to inadequate living conditions and the significant barriers to accessibility in appropriate health care regardless of administrative or insurance status.

How can we fundamentally help those children when the primary priority, commonly confessed, is the healthcare which does not receive the actual attention and interest of the institutional financial mechanisms?

As noted in a Country’s Situation Factsheet by UNHCR, “across the islands and on some camps in the mainland the low number of staff under the Ministry of Health, in particular doctors and cultural mediators, is not sufficient to help refugees with medical and psychosocial needs. The limited public mental health institutions in Greece are a particular concern»

How much does it cost to human dignity, when we acknowledge the urgency on the issue but we simply reverse our gaze?

How much indifference and cynicism may cost when we discuss the obvious but refuse to take action?

«Indeed, despite a few noticeable improvements, many of the problems raised [by the European Committee for the Prevention of Torture and Inhuman or Degrading Treatment or Punishment (CPT)] following their 2016 visit … persisted in some or all of the centres visited in July. These included notably: …. inadequate material conditions and severe overcrowding…. insufficient provision and lack of coordination of health-care services and difficulties in accessing them … insufficient provision of information and legal aid»

«Moria, the first reception centre on the Greek island of Lesvos, recently described in a BBC report as “the worst refugee camp in the world,” is currently hosting almost three times its capacity. The sewage system does not work and filthy toilet water reaches the tents and mattresses where children sleep. This, despite funds for sewage system improvement having been approved for some time. Reports of sexual violence and abuse are on the rise. The first reception centre on Samos is six times over its capacity. In addition, chronic shortages in crucial staff are further exacerbated by the constant resignations of health professionals working in the island sites, who are resigning as a result of untenable working conditions. The KEELPNO coordinator on Samos was recently quoted in the Greek press as saying that, despite Greece’s ongoing financial struggles, “medical staff prefer taking the road of unemployment, rather than having to work under such conditions».

But we can’t make it on our own. Empty promises do not cover real needs. Our volunteers are struggling and getting frustrated in the field every day. Our supplies and consumables are dwindling; our partners and associates are forced to leave as; funding for healthcare… simply doesn’t exist.

The defence of the obvious is exhausted in the face of common senses’ violation.

We are unable to understand the obsolescence of health actions when healthcare needs come first on the list. We can see through the strategy of “deterrence and acceptance factors” and we categorically refuse to accept the widespread contempt on behalf of domestic and international “custodians” of the most basic human right, HEALTH.

Greece – Europe. Is anyone listening? 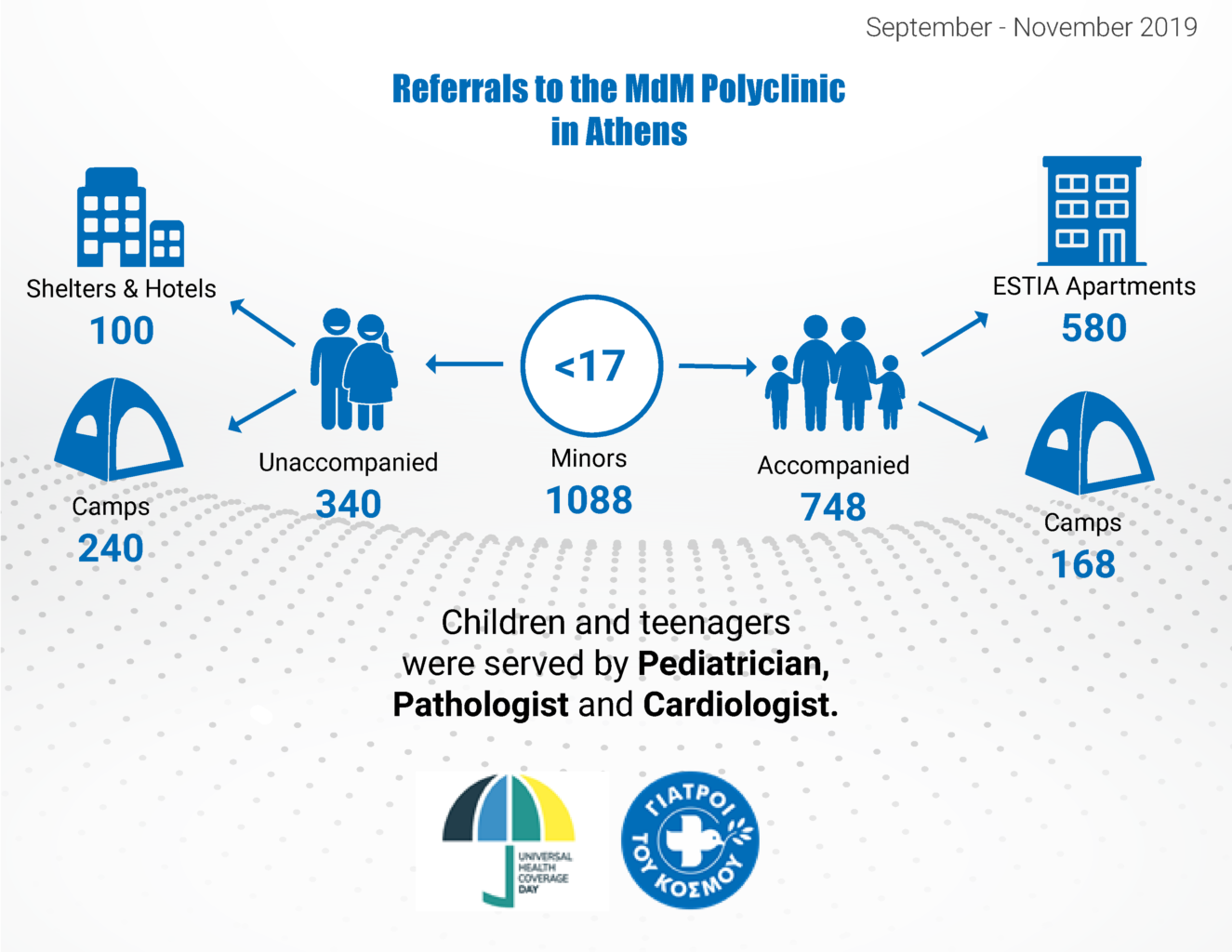