I met Mr S in December 21. A sweet-spoken man from Tunisia, in his 7th decade of life with glasses and a moustache peeking out over his mask, which he wore properly only after he was asked to. What struck me about S was the patience he showed when I tried to make myself understood in my broken French, as if nothing in the world was forcing him and as if he was in no hurry. He had come to our polyclinic because he needed help because of a hernia that he had developed a few years ago, but which no one had ever explained to him what it was, how it came about, what he could do to treat it better, and how he could find a definitive solution to his problem.

Like so many other people, the poor conditions in which he lived had not allowed him to access the medical services he needed and, as a result, his health status was neglected, with the result that the diabetes mellitus he suffered from was completely unregulated. However, within a very short time, he had begun to be followed up by an endocrinologist at the NHS and, with appropriate insulin therapy, the response he had had was spectacular.

One day, S turned up at the doctor’s office, a while before the closing time. Concern was evident on his face and after the first “Comment ca va monsieur S?” he burst into tears. He began to tell us how not long before he had been living on the street, and how, although he had somehow managed to get a room in a hotel to stay in for a week, from tomorrow he would be forced to sleep out once more. In the midst of this grief and turmoil for some hours he had been feeling a tightness in his chest, and had been without his medication for several weeks, which had caused him a very severe hyperglycemia. Although his electrocardiogram showed no evidence of ischaemia, his pain combined with the diabetes mellitus from which he was suffering caused me considerable concern. After all of us in the polyclinic managed to calm him down somewhat, we managed to convince him to visit a hospital emergency room.

Mr S returned to our polyclinic after about ten days. He had been in hospital for a week with a myocardial infarction. Although he had gone through the acute phase of ischaemia, due to the narrowing of his three coronary arteries, he needed to undergo CABG (the bypass known to all) instead of having a stent placed. After discharge, he was allowed to sleep in chairs in corridors in the hospital as he continued to have nowhere to stay and had not decided whether to proceed with the surgery he needed. A decision that would seem obvious to everyone else, for him it was complicated by where he would stay, how he would spend his time recovering, whether he would be able to find someone to provide care, how he would make a living during that time, etc. We, for our part, were trying to find him somewhere to stay and to convince him to have the operation he needed in order to prevent him from having another heart attack, which could be more extensive, serious, even fatal. I still remember him sitting outside the doctor’s office and very thoughtfully responding to me that “This is a very big decision.”

I never saw Mr. S again. He may have solved the housing problem, had the operation and is now being monitored by the NHS. He may have returned home, to a country where at last when he speaks everyone understands him. Or maybe something else happened. The fragility of our beneficiaries, especially when one considers the work they are involved in, de facto means that very often people we monitor can disappear for a few months before making a reappearance at the most unexpected time. So, I have seen many patients come and go and, both inevitably and sadly, their faces begin to blend in with one another and recede in the face of the new beneficiaries who come seeking our help. But Mr. S I will always remember, a man whose poverty and austerity broke my heart. 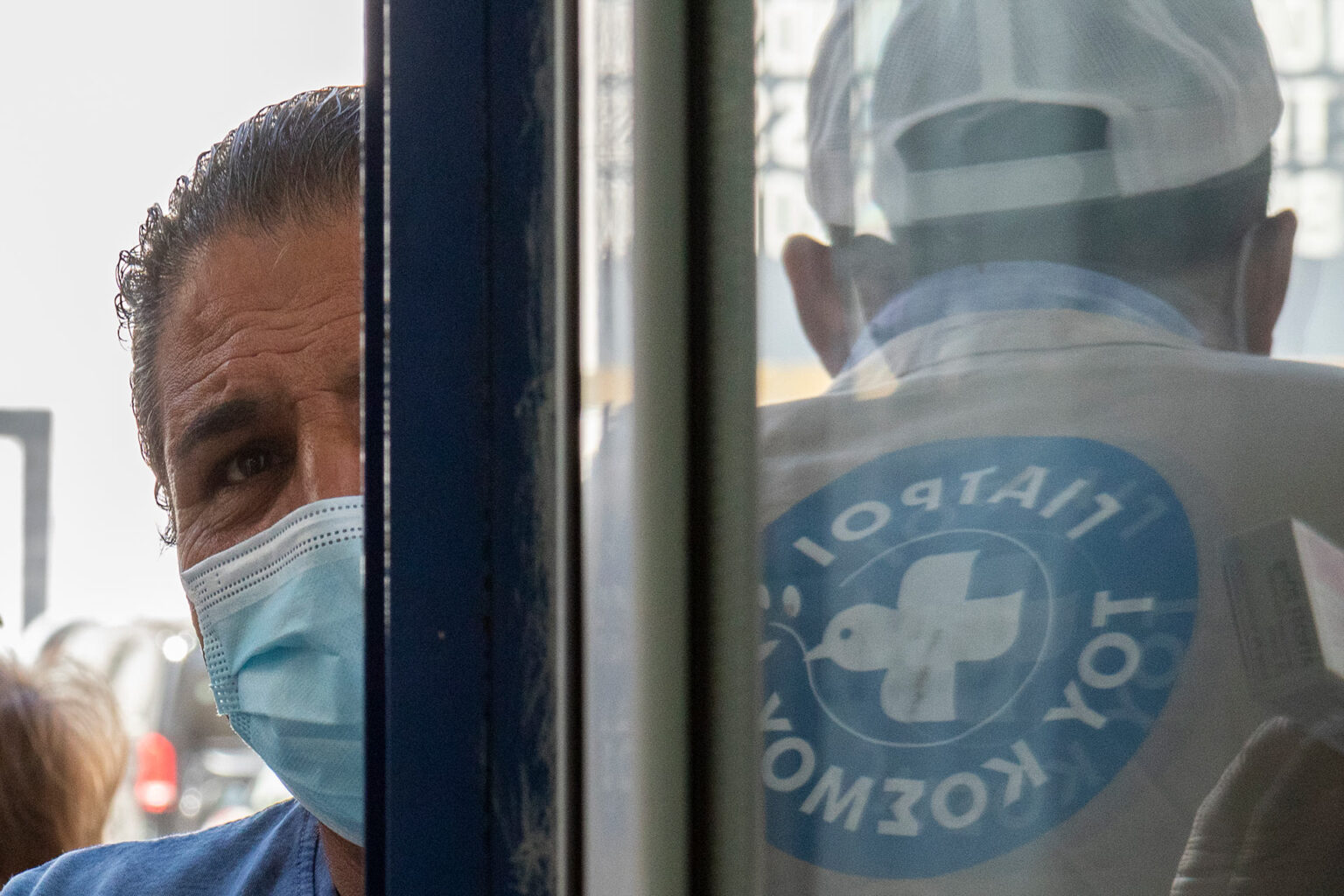