2021 was another year in which the humanitarian space continued to be reduced, further deminishing possibilities for organized civil society to claim the rights of the most vulnerable groups of the population. Socio-economic pressures as well as exogenous factors pushed even more people to the threshold of social exclusion and poverty, while for those already living in adverse conditions there was insufficient concern to improve their socio-economic context.

The pandemic continued to put great pressure on the health system, with a high level of new hospitalisations and deaths. Despite efforts to provide the best possible vaccination coverage, people without adequate access to health care, such as asylum seekers, undocumented refugees and homeless people without ID cards were once again overlooked by institutional procedures, leaving them unprotected against such a risk.

In addition, in the area of migration and asylum, key issues of protection of populations moving from third countries to the EU were raised. Efforts continued to consolidate the perception that seeking International Protection and access to asylum for Third Country Nationals in the European Union is a matter of security of the EU’s external borders in the Mediterranean and not a fundamental issue of respect for Human Rights and the functioning of the EU Member States’ Rule of Law. At the EU’s external borders in the Mediterranean, dozens of incidents of deterrence of people seeking access to European territories have been recorded. However, the need for safe passages for people following the path of forced migration remains great. Particularly at a time when global inequalities have intensified while escalating wars, persecution of authoritarian regimes and natural disasters are pushing hundreds of millions of people into forced migration to Western countries.

In addition to the stakes of ensuring human rights, society has also been faced with serious environmental issues, facing major natural disasters. According to the European Emergency Management Agency Copernicus, 428 forest fires were recorded by the Fire Service in the summer of 2021, with those in North Evia being the highlight of these incidents. The fires in these areas were followed in the autumn months by equally severe floods, which affected hundreds of households. In addition, earthquake tremors hit several areas of Greece hard, such as Elassona, Arkalochori in Crete and Thessaly. In these cases too, evacuations were massive and property and homes were severely damaged.

Given the above circumstances, Médecins du Monde believes that Civil Society must have the immediate capacity to intervene therapeutically in emergency situations, mobilising resources and people directly from the population, without the complexity that other procedures often display. Thus, by providing the necessary bridge between the ordinary citizen and the state apparatus, the role of civil society is decisive in terms of the formulation and implementation of inclusive, effective and efficient public policies.

Therefore, more cooperation, pluralism and stronger partnerships between the state and civil society are needed, aiming at effective and sustainable multi-level cooperation. All the conditions that have been created in the country during this year following environmental, economic and social issues are putting strong pressures on the whole population, with a greater impact on those who remain marginalised.

Doctors of the World continues to serve its constitutional principles by working together with vulnerable communities, guarding the vision of actual social change.

Read the Annual Report of 2021 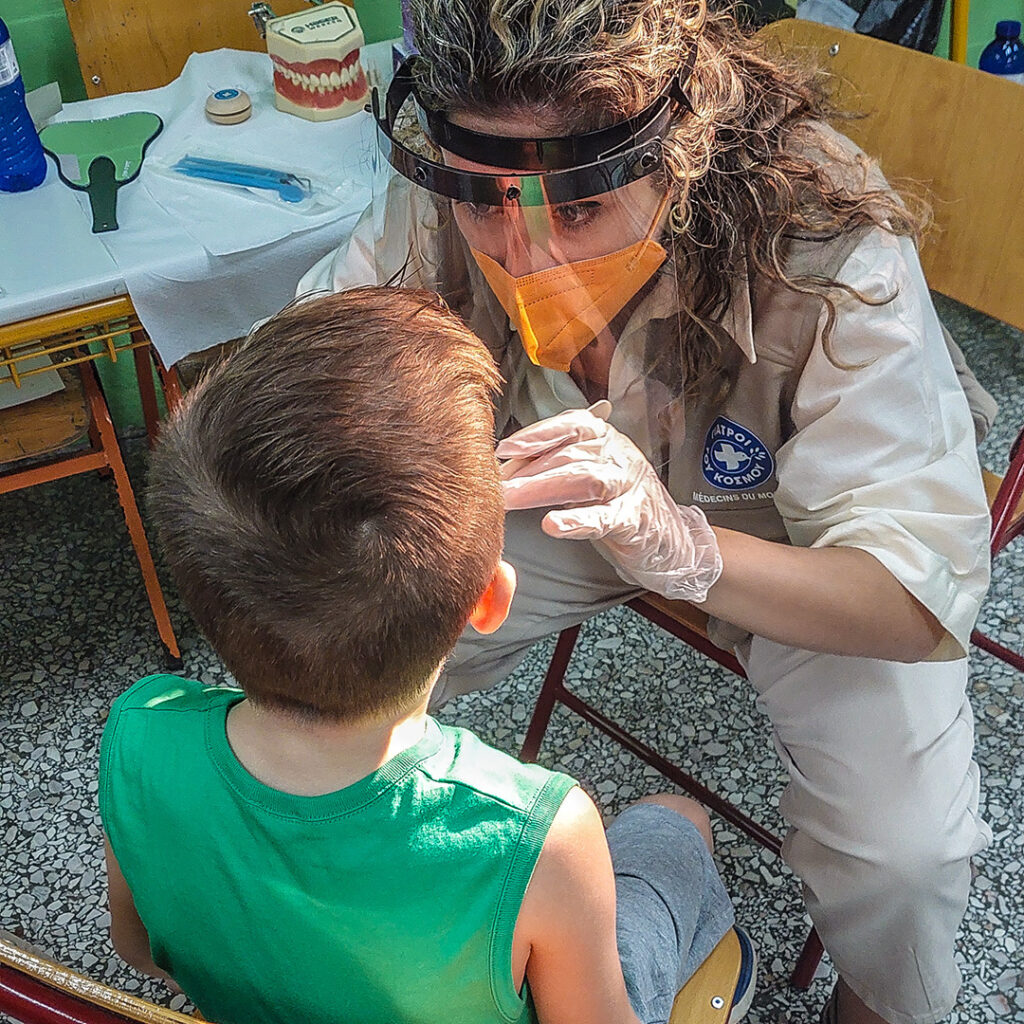