Shortly before the Holy Week began, we received a call for help from an elderly woman in an area of Athens who had been living in despair for quite some time. The initiative for Mrs. E., who lives in bed with chronic health problems in a basement apartment, was taken by her neighbour, who informed the Social Service of Doctors of the World.

A home visit of MdM’s Medical Team was immediately scheduled, for examination of Mrs. E.

During the first visit to the basement where Mrs. E. lives with her daughter, the situation the team encountered was disheartening. The two women are in great need of help, and in complete lack of a supportive environment.

The clinical picture of the elderly woman showed that she was severely dehydrated and had and had a peptic ulcer with pus. The doctor issued a medical report and called an ambulance, while the beneficiary was scheduled to be accompanied by her daughter and their neighbour who called the Doctors of the World team for help.

The team of Doctors of the World made other visits, delivering medicines, pharmaceutical consumables and food. The Social Service of the Organization contacted the Municipality of the area for information on the situation and cooperation, discussing the actions that must be taken to receive some help (e.g., enrolment in the Help at Home program, receiving financial support for the KEA allowance). They were informed of all the actions taken by the GTC up to that point. At the same time, the Social Service of the Organization contacted a cleaning crew, to clean the house and cover its costs, as the beneficiary and her daughter could not afford it.

At the end of the month, our team visited the house with the cleaning crew. We delivered new clothes, bedding for the elderly woman and her daughter and hygiene products. Due to the health condition of the elderly woman and the mobility difficulties she was facing, MdM provided her with a wheelchair.

From our side, the communication and the provision of medical and social services continue, until the two women are framed and their lives are improved. 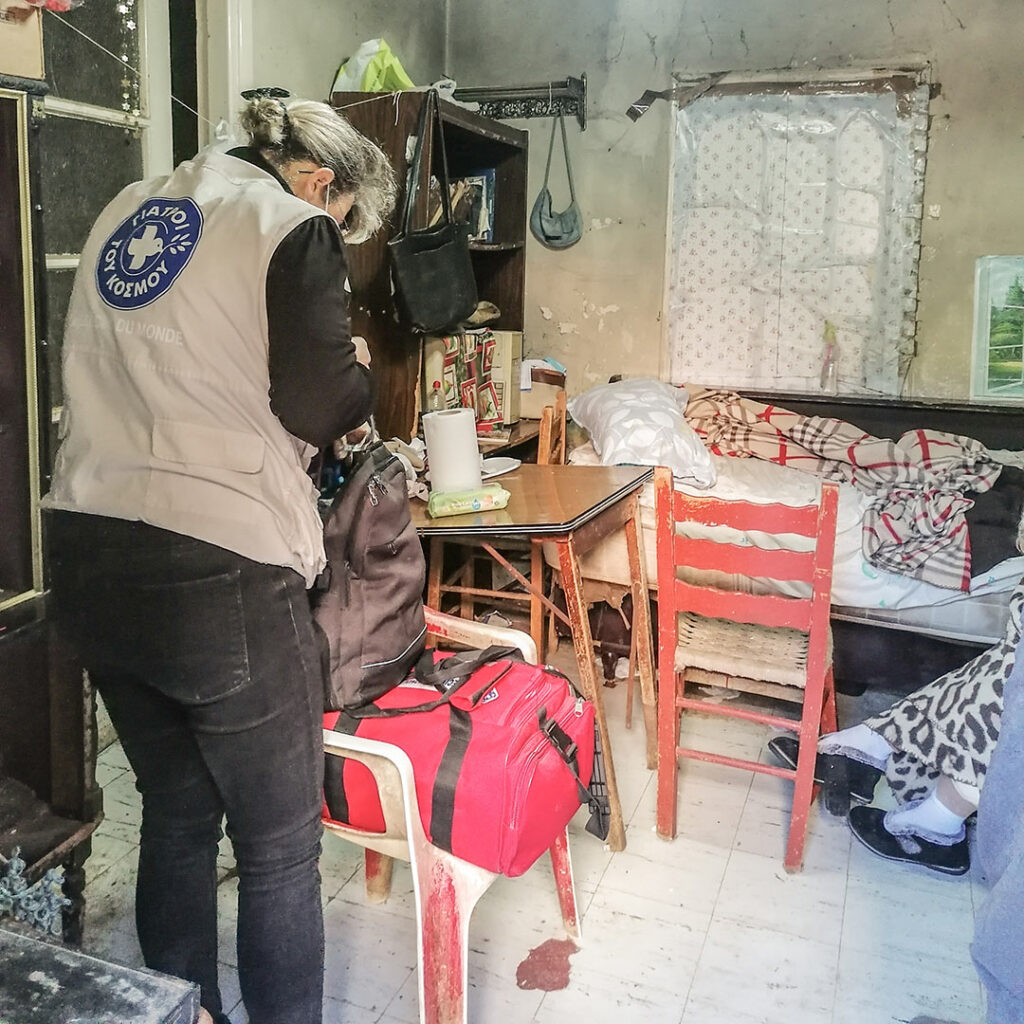